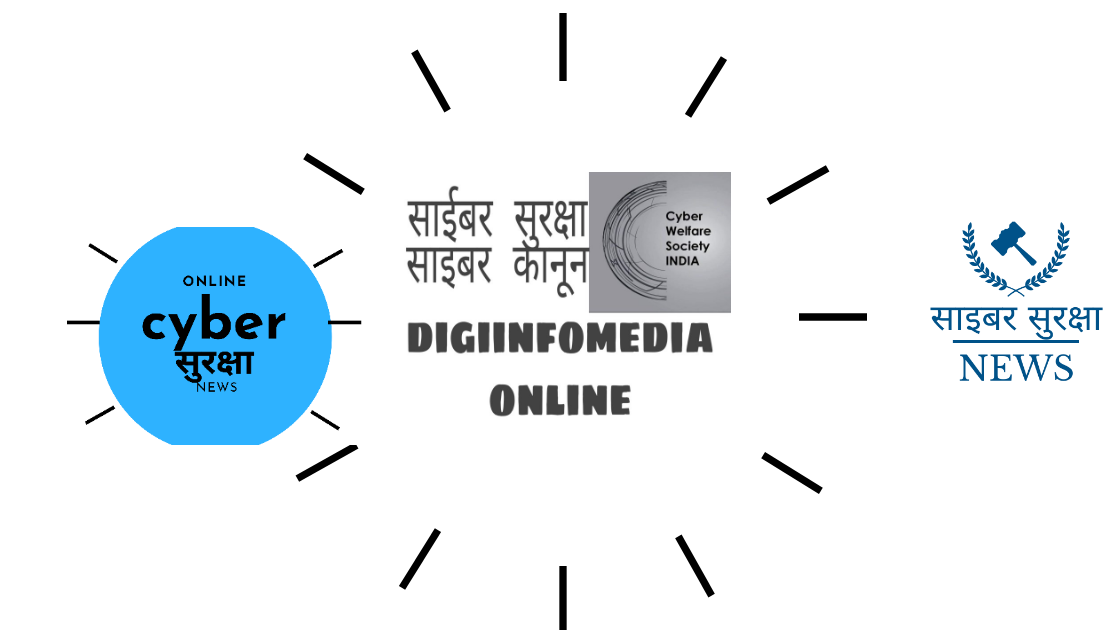 India in the past decade have witnessed several poignant and severe cyber attacks, cyber crimes and ransom attacks all due to the growing sphere of technological advancement after year 2011. If we just wonder for a second, then we will come to know that how significant space the Cyber World has created today in our lives. Means almost everything from booking of the bus tickets to flying of a plane is just on your finger-tips with the blessings of the technology and innovation. It’s not wrong to term the present era as a “Cyber Era”. But as every coin has two sides, on the same hand the Cyber Crimes have also been tremendously increased with the excessive use and dependency on the Cyber Space by the Humans. Today the most simplest way to damage a person is to do so via the Online Mode, the computer or devices of the targeted person can be easily attacked by hacking and all the sensitive and crucial documents, images and messages can be very easily mis-used and manipulated to damage or defame that person.

According to a survey of Indian and Mobile Association of India (IAMAI) about 50 Crores of Internet users have been recorded in India till June 2018, among which more than 20 Crores of peoples are using the Internet on their mobile phones. Apart from it, a very serious and major concern which was revealed in a survey being conducted by Government of India in year 2017, according to which more than 33,000 cases of Cyber Crimes have been registered in India till 2017, which is only the recorded official data in this reference, as many of these crimes remain un-registered due to fear, Red-Tapism, lack of knowledge and hesitation. The situation is really very alarming which needs to be paid a proper heed at the urnest in order to save the India from the major drawbacks of Cyber Terrorism and Cyber Crimes. The major issue with most of us is that the majority of the peoples especially in remote areas of India are not at all aware about the Cyber Laws, it’s remedies, legal tools and procedure of filing a complaint against Cyber Crimes, which proves very fruitful to the criminals to execute the cyber crimes without being traced. The India holds 11th Rank, in the World for facing severe issues and Cyber Crimes, while using the technological devices and mobile phones.

According to the Cyber Statistics being released by National Crime Records Bureau, Ministry of Home Affairs the Cyber Crimes have been rapidly increased in India with the growth rate of around 50 Percent in year 2012-13, in which maximum offenders were from the age group between 18-30 years.

Types of Cyber Crimes in India: Ordinarily Cyber Crimes can be classified into several types having regard to it’s nature and quantum of damage caused to the victim, but the main Cyber Crimes which are presently prevailing in India, and is on it’s peak are:

Laws for Cyber Crime in India: After the adoption of Policy of LPG in 1991, the Indian has grown tremendously in the field or Import-Export and other related ancillary business activities, including the IT Sector. Owing to the need and seriousness of the Cyber Crimes, Hon’ble Parliament of India enacted Information and Technology Act, 2000 which was notified on 17 October, 2000. As from the name itself it can be widely inferred that the Act was having it’s purview and ambit only in the cases dealing with Cyber Crime and Crimes related to the Electronic Commerce.

The Information and Technology Act, 2000 explicitly provides the legal framework for the electronic governance by giving identification to the electronic records and digital signatures, it also expressly defines penalties for culprits after commitment of the cyber crime. It statutorily had also established a Cyber Appellate Tribunal to resolve the disputes especially related to Cyber Crimes and Online Frauds.

Apart from it some of the statutory provisions of Indian Penal Code, 1860 especially in the crime of Fraud, Criminal Intimidation, Cheating, Breach of Trust, Abetment of Suicide via Blackmailing, etc. may be charged on accused having regard to the circumstances, and discretionary powers of the Court, however it must be noted that a person cannot be punished twice for the same offence, as it will violates his Fundamental Right ensured under Article 20 (2) of the Indian Constitution i.e. Double Jeopardy.

Remedies in India: Everyone today must be aware about some very basic provisions of the two Acts which are hereby used as a tool by the Courts for providing remedy to the victims of Cyber Crime. They are as follows:

Applicability of IT Act and IPC both in Cybercrime:

Now, the greatest ambiguity ever relating to the applicability of both Information and Technology Act, 2000 and Indian Penal Code, 1860 simultaneously in the Cyber Crimes is prevalent these days also in front of Hon’ble Judiciary. I just want my able readers to wonder for a minute that is applying provisions of both the acts on the culprit of the Cyber Crime, as some on the provisions of IT Act are considerably lenient as compared to the harsh provisions of Indian Penal Code, is justifiable?

The ambiguity was resolved by Hon’ble High Court of Bombay on 6 Nov, 2018 which explicitly delivered it’s Judgement, in the case of Data Theft been lodged by a Kolhapur based Company that develops software for the hospital management against it’s employees alleging data theft resulting into wrongful looses to the Company. The provisions of IPC for the crime of cheating, breach of trust and theft were invoked, even when it was in purview and were also tried under Section 43 and Section 66 of the IT Act. The High Court highly relied on the decision of Hon’ble Supreme Court of India in the famous case of Sharat Babu Digumar v. NCT of Delhi,  and said that “Prosecuting the petitioners under the both IPC and IT Act would be a brazen violation of protection against the double jeopardy, and we are also having a special law in the form of IT Act for specifically curbing and preventing the cyber crimes, in such circumstances prosecution under both the laws for the same offence is un-constitutional.”

Even on 24 March, 2015 the Hon’ble Supreme Court of India, gave a verdict striking-off Section 66-A of the Information and Technology Act, 2000 as un-constitutional in it’s entirety. It was done due to it’s massive misuse by the Investigating Authorities against the innocent individuals.

Recently Hon’ble High Court of Bombay also ruled that the Admins of the Whatsapp Groups cannot be held liable for posting any fake or obscene messages by the members in the group under Section 66-A of the IT Act, 2000 as they cannot be punished for the offence which they haven’t committed, however giving instant reaction or removing the member immediately from the Group, or enable only admin can post feature is obligatory on the Admin to justify his bona-fide intension in the eyes of law.

Presently, the Cyber Crime is the most major and severe concern in front of the entire human race. With the growing technological sphere we all are unknowingly engaging ourselves into the vicious circle of cyber space, which sometimes proves very detrimental to society as a whole.

For the kind information of my dear readers, even some individuals had committed suicide due to fear and hesitation of defamation and other such ancillary issues after their sensitive videos or messages got viral on social media. Therefore it is utmost important on your part to safeguard yourselves and your dear ones from such predicaments, which can  only be done by keeping reasonable care and caution, like not sharing your sensitive information or images with anyone or only with your reliable one’s, keeping a strong alpha-numeric password in all your social media accounts, etc.

My strong request and concern from the government is that despite of having such a stringent law like IT Act, 2000 for curbing the cyber crime and ensuring punishment to it’s culprits, the rapid increment of  cyber crimes in India in the past few years and suicides by virtue of it, is a matter of major concern before them. The remote areas in the nation which lacks qualified personnel and innovative infrastructure for cyber cells must be improvised by the Government and more emphasis should be given on the firm enforcement of the Cyber Laws, parallelly by also spreading awareness in this periphery in order to save the Country from the major drawbacks of Cyber Crimes.

Lastly, it is also our prime obligation to act as a responsible citizen, not to spread fake news and keep yourself, your near ones updated regarding the cyber laws and it’s remedies, if even 1 percent of the readers reading this article, will follow the same I will happily consider it as my success and triumph of good over evil.

Be Safe! Be Happy!