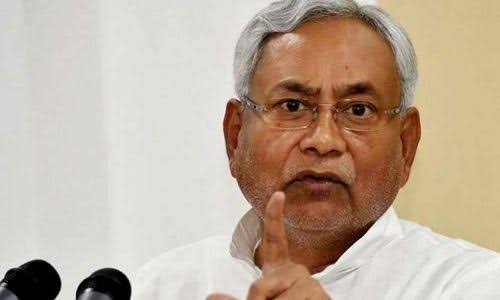 The recent rains have been wrecking havoc in many areas of Bihar, and to date, at least 4 have lost their lives among the 18 Lakh affected in nine disteicts of the state.

According to reports by the Disaster Management Department, five rivers have been overflowing above danger levels due to torrential downpour in the  catchment areas bordering Nepal.

Nitish Kumar, the Chief Minister of the state, reached the flood-affected areas for an aerial survey.

According to the Department Report, of the four deaths, two were reported from Araria, while one each was reported from Sheohar and Kishanganj districts.

The  East Champaran, Sheohar, Araria, Kishanganj, Madhubani, Sitamarhi, Supaul, Muzaffarnagar, and Darbhanga districts have been badly hit by the floods. A total of 17,96,535 people have been severlu affected. Out of these the worst hit is Sitamarhi, with 11 Lakh victims, followed by Araria with 5 Lakh. 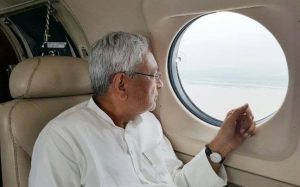 The report further claimed that 13 teams of NDRF and SDRF have been deployed to carry out relief and rescue operations in the affected districts. Further, it stated that the authorities have also opened 152 relief camps giving shelter to 45,053 people, while 251 community kitchens have been made functional.

According to the official release, the ministers were directed to recently manage the relief camps for people hit by the floods.The CM also called for expediting the rescue/relief operations.

What Caused The Floods?

The five rivers, namely, Bhagmati, Kamla Balan, Lalbakeya, Adhwara, and Mahananda, have been overflowing due to rainfall worth about 280 to 300 mm in the Terai region bordering Nepal. This is contrary to the normal 50 mm rainfalls seen every year.