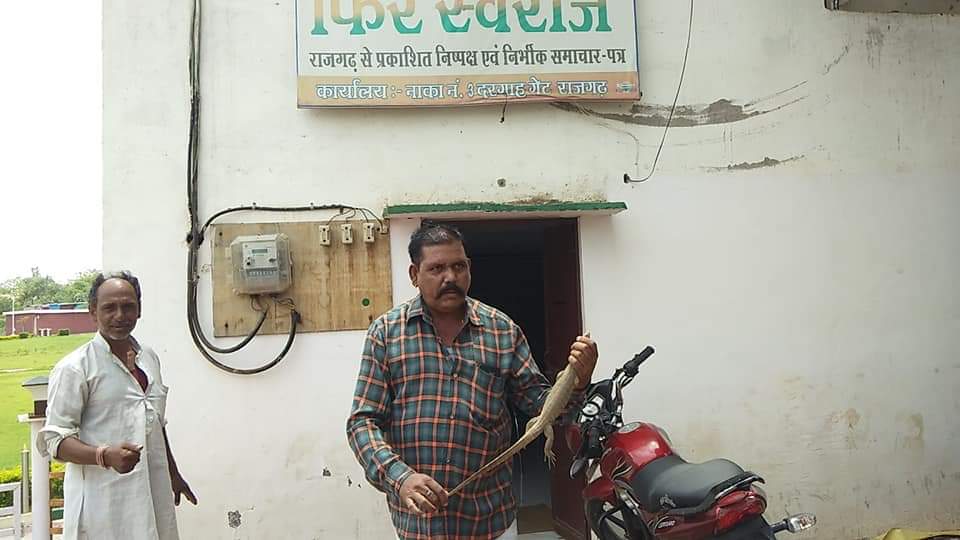 Public Service Along With Government Service

Rajgarh: You must remember the phrase: ”The Drowning Man Clutches At Straws”. This phrase is the true example of the scenario where people residing in the urban areas encounter with the wild and poisonous animals in the rainy season where these animals tend to enter the office buildings and people’s houses in order to get rid of the heavy water which gets accumulated in their burrows. In this scenario, anybody would tremble specially when these animals are not often witnessed in the urban areas until and unless it’s a rainy season that too very rare any such incidence takes place. Also let us make you aware with the fact that some people have made their business to catch such animals but they will first decide the price as it is their business, and then they will accompany you to rescue people.

For Them Even Water Is Forbidden:

Whenever the police constable Dinesh Gurjar lodged in Rajgarh Police Station Kotwali is approached for any such incident to catch these wild animals, he is always ready on his toes to rescue the animals and people and their one specialty is that they don’t even gulp a glass of water from the place they have rescued the animals.

I am always ready for the service of the people along with the government service and I will continue to do so. You can inform about any such incident on the following contact number.