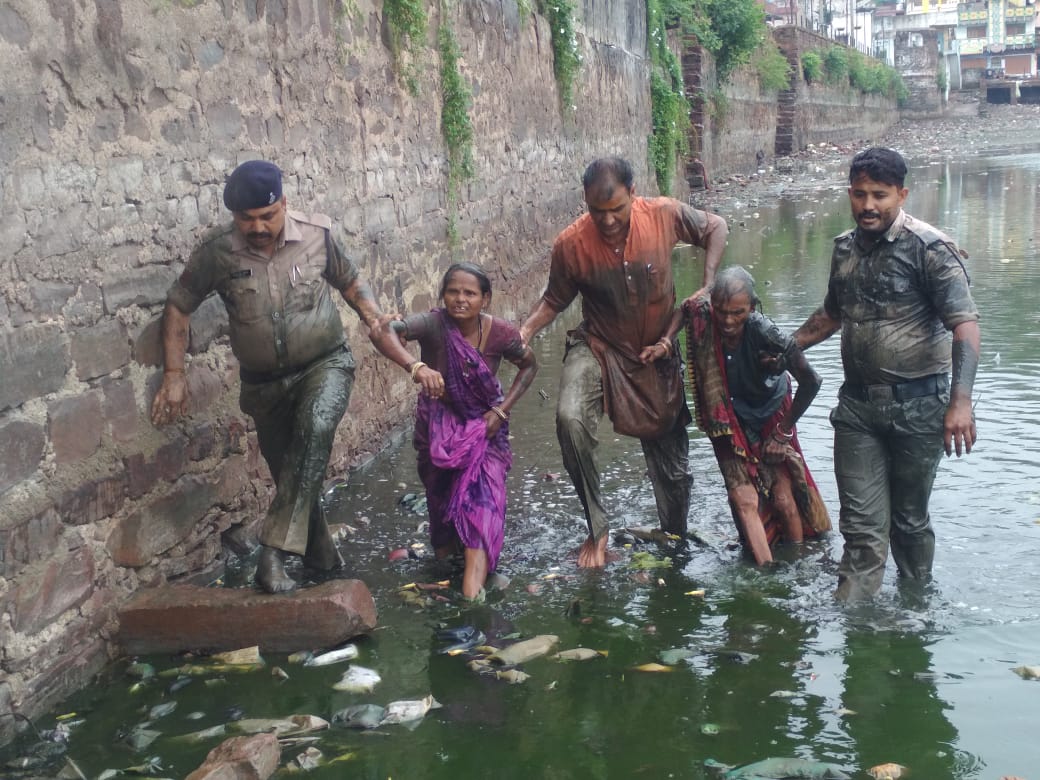 Two women drowning in the middle of the pond, Narsinghgarh police force did not care about life and saved them from being drowned.

On 04th July 2019, the force of Narsi nghgarh Police was busy in its own work as daily, the applicants were coming and other Vigilance Officers were also engaged in their own proceedings.  Standing, the information was that two women were drowning in a big pond, as soon as the information was received, police station officer-in-charge Hemchand Ladia along with HCM Prr Gulab Chand Thakad of his police station R Ravind , Dhanad, R Rajmal and Saini Phulasingh Singh, immediately reached the spot, where two women, were drowning in the water between the two, only then the police force  Gulab Chand Dhakde and R. Ravi Thakad jumped in deep water with in no time, and with great difficulty, approaching both women and pulling them out of the water.

It is well known that the big pond whose fame spreads far and wide in Narasimhangad, has now become a form of swamps due to being in the gut of garbage , but both the soldiers of the police force accompanied with Mr. Tilli Sharma . While not taking care of their lives together. The women had been admitted to the hospital safely . Certainly, because of the bravery of the soldiers the women were rescued. 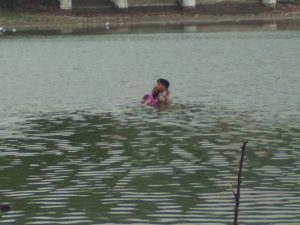