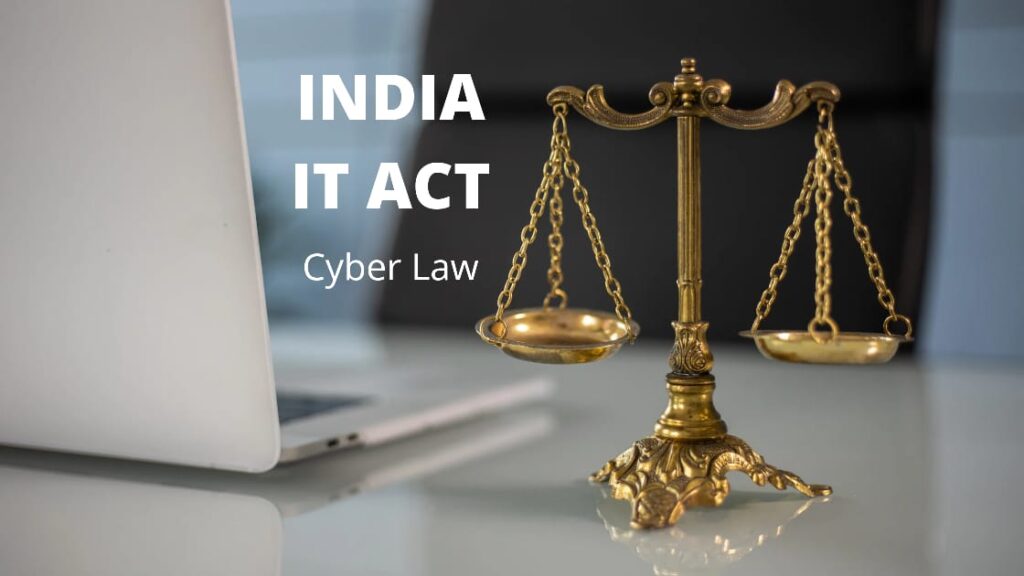 With every action of ours in the real world regulated some way or the other under the law of the land, there is bound to have legal effect our actions in cyberspace. We are all subjected to the implementation of cyberlaws in India and the World. Let’s learn about ‘Implementation of Cyber laws in India’.

The Information Technology was passed by the Parliament in the budget session of 2000 and signed by the President into an Act on 9th May, 2000.

This Act was enacted to deal with cybercrime and electronic commerce. It involves provisions dealing with tampering of computer and computer resources, cybercrimes like hacking, identity theft, online frauds, scams etc. The law is comprehensive and was amended in 2008 to update its provisions against the complex crimes brought on by the misuse of the Internet.

Cyber crimes have been increasing in India at a tremendous rate. Despite the presence of provisions to deal with the various types of cybercrimes, the menace continues to grow at an explosive rate. The laws enacted against the growing list of cyber crimes are mostly curative and punitive in nature. The victims face these crimes of online nature in their day to day lives and do not have any information on how to deal with the repercussions. Over and above that, the sophisticated and advanced methods used in conducting these crimes online has even left law enforcement astounded.

Women and children are especially vulnerable to cybercrimes and rules, regulations and procedures to be conducted to curb cybercrime have to take their welfare into consideration.

The issues with cybercrime that make it so difficult to crackdown on it are firstly, the degrees of anonymity the internet provides to the perpetrators. Secondly, cybercrime occurs in cyberspace which doesn’t have any borders and is difficult to bring under jurisdiction in the real world. It is proving difficult to implement laws in regard to cyberspace without the cooperation and awareness of the general public. Law enforcement agencies are not well informed about the crimes they are dealing with and are functioning with outdated equipment and old school thoughts. He people are no different, refusing to exercise caution. They irrationally share personal information on the web and social media sites for cyber fraudsters, stalkers and trolls to see.

With curative and punitive measures in place due to legal regulation, it is time that people adopted preventive protocols to deal with cybercrime. Punitive measures alone cannot deter the occurrence of crime online and preventive measures need to be adopted also. Adopting caution and alertness can prove to be beneficial in the war against cybercrime to a great extent. While the people are made aware of the measures they can take to ward off cybercrime, law enforcement officers should be trained to handle cases of cybercrime. Their equipment needs upgradation and alliances should be forged between the police and independent cyber security experts and agencies. The implementation of cyberlaws in India are dependent on the people dealing with it at the grass root level. Now we know about implementation of Cyber laws in India.

2 thoughts on “Implementation of Cyber laws in India”