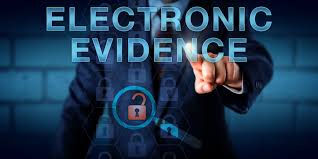 Now a days violation of evidence in cyber crime is very easy as criminal does a crime and his IP address is noted and saved on the websites he visit, and with the help of the IP address and Cyber cell can easily track the IP of the criminal and to reach to him, but its not that easy because now a days criminals uses Proxies or VPNs.
VPN / Proxy: – VPN stands for virtual private network, this is a protocol which is mainly used to change you IP address as well your location, you can change your location from India to any other country, maybe it is America, Australia, China and etc. 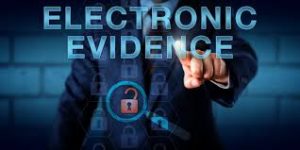 Cyber Forensics and challenges: –
Cyber forensics is a branch of forensics relating to computer-based evidences, their storage, collection and admissibility.
The reasons for employing cyber forensics techniques are: –
1. Analysis of computer systems belonging to accused.
2. Recover data in event of hardware/software failure.
3. To gather evidences against the employee or any person the organisation trying to terminate.

Law Enforcement: –
The schedule of The Information Technology Act 2000 is India’s only act dealing with computer crime, with an intension to introduce the concept of electronic evidence has added to the provisions of Indian Evidence Act, 1872 which had been drafted earlier keeping in mind only the physical world. These amendments can be summed up as following:

(b) after the definition of “India”, the following have been inserted, namely:— ‘the expressions “Certifying Authority”, “digital signature”, “Digital Signature Certificate”, “electronic form”, “electronic records”, “information”, “secure electronic record”, “secure digital signature” and “subscriber” with the meanings respectively assigned to them in the Information Technology Act, 2000. ‘

5. In section 35, for the word “record“, in both the places where it occurs, the words “record or an electronic record” have been substituted.

6. For section 39, the following section has been substituted, namely: –
What evidence to be given when statement forms part of a conversation, document, electronic record, book or series of letters or papers.

39. When any statement of which evidence is given forms part of a longer statement, or of a conversation or pan of an isolated document, or is contained in a document which forms part of a book, or is contained in part of electronic record or of a connected series of letters or papers, evidence shall be given of so much and no more of the statement, conversation, document, electronic record, book or series of letters or papers as the Court considers necessary in that particular case to the full understanding of the nature and effect of the statement, and of the circumstances under which it was made.

7. After section 47, section 47A has been inserted, which talks about, Opinion as to digital signature where relevant. 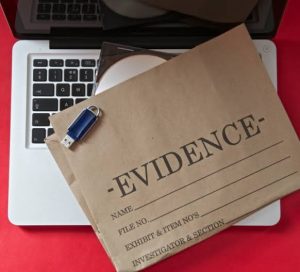 9. After section 65, section 65A and 65B have been added laying down the provisions about Admissibility of electronic records.

10. After section 67, section 67A has been inserted, which talks about Proof as to digital signature.

11. After section 73, section 73A has been added which talks about Proof as to verification of digital signature.

12. After section 81, section 81A has been added which talks about Presumption as to Gazettes in electronic forms.

14. After section 88, section 88A has been inserted which talks about transgressing the limits as to electronic messages.

15. After section 90, section 90A has been added which talks about Presumption as to electronic records five years old.

16. For section 131, the following section has been substituted, namely: –
Production of documents
electronic records which another person, having possession, could refuse to produce.

2 thoughts on “ELECTRONIC EVIDENCE AND CHALLENGES”