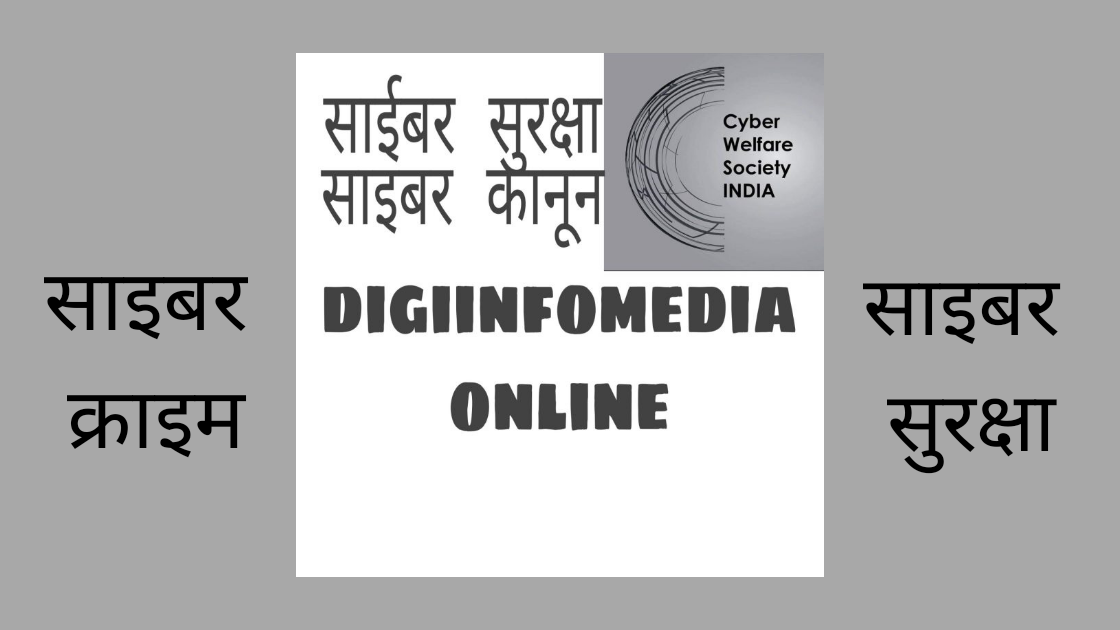 The ever-growing development of technology is very beneficial to all the people across the globe.  it has a lot of advantages as well as certain disadvantages. Technology today has an evil side.  Cybercrimes are increasing alarmingly.  Cybercrimes include fraud, hacking, spam, pornography, etc.

There is a question of jurisdiction in cases of cybercrimes.  A cybercrime may be committed by a foreigner in India. For example, a pornographic website has its server in America where porn is not banned for people of legal age and an Indian buy some material from the same website and sells it.  In this case there will be transmission and distribution of that obscene material in India where it is not legal. The question that is in front of our eyes is: where did the transaction happen and who is liable for the same? Pornography is one of the major problems as it has spread all over the internet and is easily available to all the age groups including young children. The main problem that our police faces is: how will they arrest someone living outside India?

What is a cybercrime?

Cybercrime is when criminals use the internet and computers or other devices to commit theft, fraud, or hacking. The businessmen, lawyers, engineers, etc. use internet in their daily transactions I’m so the criminals aren’t far behind in this area. There is no universal definition of the term cybercrime but some of the characteristics of a cybercrime are given below:

The Information and Technology Act, 2000

The objective of the Act is to legalise e-commerce and amend the Indian Penal Code, 1860, the Banker’s Book Evidence Act, 8091 and the, Reserve Bank of India act 1934 so that they become compatible to the Information and Technology Act,2000. The Act has laws related to electronic record, electronic contracts, digital signature, and their use in the government records. The Act also keeps a check on the network and internet service providers. The main purpose of the Act is to legalise digital language so that there is no fear of using the internet by the common people. The Act has listed certain offences and their consequences. Some of them are:

Section 67: Publishing of obscene information which is obscene in electronic form.

Section 77 of this Act says that civil crimes can also be made as a criminal act, like:

Cybercrimes have an issue of jurisdiction because cyberspace is a wide territory.  Section 75 of the IT Act talks about extra territorial jurisdiction of this law but still there is a lot of confusion about the same. Jurisdiction in cases of cybercrime is a very important area of the law. The current IT Act, 2000 and the international law is not well enough to tackle all the issues arising over the cyberspace. The current law must be amended and made better that will answer the jurisdiction questions. Other than the Government and the courts, the internet users should be more responsible. Many Internet users cannot even afford to fight cases in multiple jurisdictions. Uniform international civil law must be formed and self-regulation by users is very important. The lawmakers must be aware about the Internet and the world wide web function. The internet is multi-jurisdictional as any user can access anything on the cyberspace anywhere.

In the case of zippo manufacturing company vs zippo dot com Inc. (United States jurisdiction), there was a trademark infringement on the internet. The court said that, “there is a global revolution looming on the horizon and development of the law in dealing with the allowable scope of personal jurisdiction based on the internet use in its infancy.”

‘The provisions of this Code apply also to any offence committed by1. Any citizen of India in any place without and beyond India;

The Indian legislators were possibly aware of the potential challenges that the tricky subject of jurisdiction would pose. That is the reason why they have adopted two distinct provisions relating to jurisdiction, in sections 1(2) and 75 IT Act.

Section 1 IT Act deals with the issue of applicability of this new law.

This means that law applies to any violation  of the provision confers jurisdiction over those who violate the IT Act outside the territory of India. The cyberspace knows no territorial boundaries since the internet is a network of computers, joined together throughout the world. It is tough to say what cyberspace is within or outside India. With criminal intentions, criminals use cyberspace and computers with caution. This provision enables Indian law-enforcement agencies to pursue cyber criminals outside the territory of India and who violate the provisions of IT Act. Further compounding the problem is the issue that a particular act in one national jurisdiction can be legal and not barred by law but, at the same time, it is illegal and barred by law prevailing in another national jurisdiction. Another ground of criticism has been that section 1 does not lay down the parameter of how such provision would be enforceable in practical terms across transnational boundaries and jurisdictions. Government can use extradition process to bring cybercriminals to their territory for prosecution, if there is a valid extradition treaty in place between the relevant countries.

Section 75 IT Act deals with the issue of applicability of Indian Cyber law for an offence or contravention committed outside of India:

constituting the offence or contravention involves a computer, computer system or computer network located in India.

Section 75 thus makes the provisions of the IT Act applicable to any offence committed outside India by any person, irrespective of his nationality. This enables the law to assume jurisdiction over cybercriminal outside the territorial boundaries of India. The caveat to section 75(1) is explained in section 75 (2); in other words, section 75(1) is subject to the provisions of section 75(2). The caveat provided by section 75(2) is that the IT Act shall apply to any offence or contravention committed outside India by any person if and only if the act or conduct constituting the offence or contravention involves a computer, computer system or computer network located in India.

Section 75(2) of the Indian IT Act uses the phrase ‘involving a computer, computer system or computer network located in India.’ The word ‘involving’ is an all-embracing term which leaves no exceptions. The physical location of the computer, computer system, or computer network within territory of India is a condition precedent to the applicability of this Act to any offence or contravention committed outside India by any person irrespective of his nationality.

In the beginning, the courts of different countries, including India, began making access to the internet a sufficient ground for assuming jurisdiction over inter-related transaction. However, there has been a shift in the principles of assumption of jurisdiction in the areas related to cyberspace. Considering the entire issue of cybercrime jurisdiction from Indian perspective, there is by far no established principles.

The Indian approach to deal with cyber-investigation jurisdiction is not very well developed. Currently, in the Indian law enforcement agencies are in the process of evolving their practices and procedure relating to cyber-investigation. There is now growing realization that the Indian Cyber law, despite its paper-tight extraterritorial jurisdiction provisions cannot be made applicable to jurisdiction outside the territorial boundaries of India. There is complete lack of case law on the issue of cybercrime jurisdiction in India. Apart from that, India, being a large country, is likely to see interstate jurisdiction issues relating to the registration, investigation, and prosecution of different cybercrime cases in different states of India. There were hopes that IT (amendment) Act would proceed to deal with the complicated issue of jurisdiction but the amendment Act has not addressed the issue. At the time when the internet has made geography history, it was expected that 2008 amendments to IT Act 2000, would throw far more clarity on complicated issues pertaining jurisdiction. This is because numerous activities on the internet take place in different jurisdictions and that there is a need for enabling the Indian authorities to assume enabling jurisdiction over data and information impacting India in more comprehensive way than in the manner as sketchily provided under current laws.

Facts of the case: –

Avnish Bajaj (Appellants), CEO of Baazee.com, an online auction website, was arrested for distributing cyber pornography. The charges stemmed from the fact that someone had sold copies of a pornographic CD through the Baazee.com website.

Issues raised by the Prosecution

Issues raised by the Defence

Factors considered by the court were:

Findings of the court:

Summary of the case:

State of Tamil Nadu v/s Dr L. Prakash was the landmark case in which Dr L. Prakash was sentenced to life imprisonment in a case pertaining to online obscenity. This case was also landmark in a variety of ways since it demonstrated the resolve of the law enforcement and the judiciary not to let off the hook one of the very educated and sophisticated professionals of India.

The internet has the biggest widespread global community accessible to all. There are no physical boundaries and the information flows freely. People can communicate like never. All people regardless of social differences have a voice because of the internet. Enacting international laws will protect all the people in cyberspace. It is essential to protect these people to create a world of free-flowing communication and cooperation.

19 thoughts on “CYBER CRIMES AND THEIR JURISDICTION”