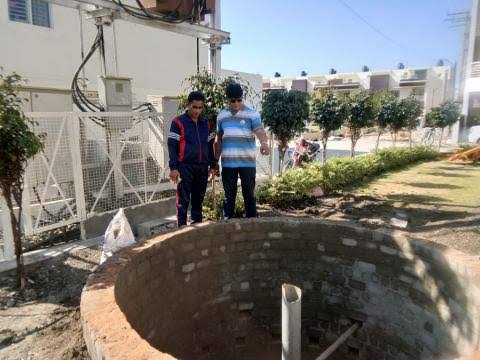 “we have discussed about this in smart city. We are taking suggestions from specialists. We will take care for the investigation where system is not constructed. We will also assure to take fine from the person who doesn’t construct the system”
– Alok Sharma, Mayor

The system will not only be constructed in government bhavans
Municipal corporation gives suggestions about constructing roof water in houses, but itself doing nothing. There is a bhavan of municipal corporation in Shahpura. It is about 4000 square foot. About 4 lakh liter water can be conserved from here. If a system is constructed, water need of 3200 people in a day can be completed. Bhavan situated in 6 number but no roof water system is constructed there. The roof is about 20 square foot. We can conserve about 20 lakh liter water and save people from water crisis.