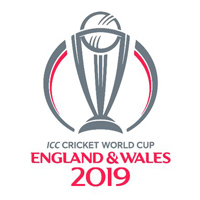 What was a match between two teams which played consistently well throughout the tournament, turned out to be won by sheer luck. The Kiwis were names the Underdogs of the Tournament but played exceptionally well on the day of the Finals.

Both teams would be first timers if either of them had won. The Black Caps came to the Finals for the consecutive time, showing how well as a team they have been playing for the past 8 years. It all comes down to individual performance, overall team effort and ofcourse, the outstanding Captaincy by Kane Williamson.

The England team were the favourites as well, considering their consistent performance throughout the tournament. 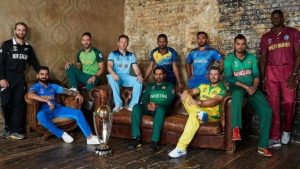 After a Tie in the Match, following a Super Over which also resulted in a tie, England clinched their First ever ICC World Cup Title. A country that created and popularised cricket finally won in the tournament at the Home of Cricket– Lord’s after 11 World Cup Tournaments.

A moment of ecstasy for the English cricket team as they were the ones to bring home the World Cup Trophy ,well, to its home town.

But this match was no simple straightforward match- no match completely ever is!

After a spell of rain as well, the match went on with good batting from the Kiwis and great bowling attack from the English team.With a score that fell short of a massive total that could put pressure on the home team, it was being believed that the England team were at an advantage.

But all of them were forgetting the Kiwis’ bowling attack! They sure did leave their mark in the match..

A match that could have easily been won by England slowly began to suggest a probability of 50/50.There even came a time when it could’ve been New Zealand at an advantage due to their bowling attack.

If not for the unfortunate boundary crossing by Boult or the ball racing to the boundary after hitting Stokes’ bat, New Zealand might’ve taken the Cup back home yesterday. These two mishaps or rather coincidence greatly affected New Zealand’s chance of winning. 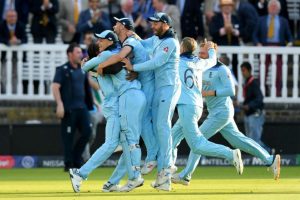 The match became a tie and as per the rules, a Super Over was played. England selected a visibly drained out but fit Ben Stokes, Jos Butler and Jofra Archer whereas Kiwis selected Martin Guptill, James Neesham and Trent Boult.

According to the rules, England batted first which worked out for Ben Stokes only due to his fitness level. Both Stokes and Butler put up a good score of 15 and Kiwis had to score 16 to win the match.

The athletic Guptill ran between the wickets but Neesham got out for the last ball despite running as fast as he could. Again, the match was a tie. 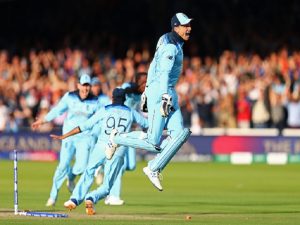 But the rule that team which scores most boundaries in the match wins the match made England the winner.

Was it right to decide the winner based on the number of boundaries?

What about the maximum number of wickets taken?

Why not just declare the match a tie?

It would seem a better result with a valid reason than what ensued.

Giving away of 6 runs due to the unfortunate ball bounding off Stokes’ bat, by the umpires was a heavily criticised decision.

19.8 Overthrow or wilful act of fielder

“If the boundary results from an overthrow or from the wilful act of a fielder, the runs scored shall be any runs for penalties awarded to either side and the allowance for the boundary and the runs completed by the batsmen, together with the run in progress if they had already crossed at the instant of the throw or act.”

Simon Taufel, an Australian Umpire claims that the umpires made an ‘error in judgement’.

“It’s a clear mistake. It’s an error of judgment.In the heat of what was going on, they thought there was a good chance the batsmen had crossed at the instant of the throw.Obviously TV replays showed otherwise.The difficulty you (umpires) have here is you’ve got to watch batsmen completing runs, then change focus and watch for the ball being picked up, and watch for the release (of the throw).You also have to watch where the batsmen are at that exact moment.It’s unfair on England, New Zealand and the umpires involved to say it decided the outcome.”

All said, Ben Stokes too was not that very proud of it, he promised to apologise to Kane Williamson for the rest of his life.

Kane Williamson being the calm, true gentleman blamed no one but only spoke of the unfortunate events and appreciated the overall team effort. 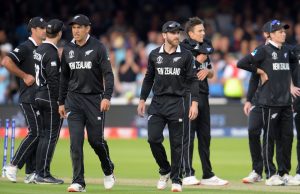 Some critics even feel there is no true winner of this year’s World Cup as the ICC Rule of Super Over wasn’t entirely in the correct sense.

Maybe it is right. Neither of the team deserved to lose.

Both played with the same passion and yearned to take the trophy with them.

In the end, to the team that has finally won its first World Cup Trophy, Congratulations, England!

To the team that equally deserved the win, You won our hearts with your game, Black Caps!