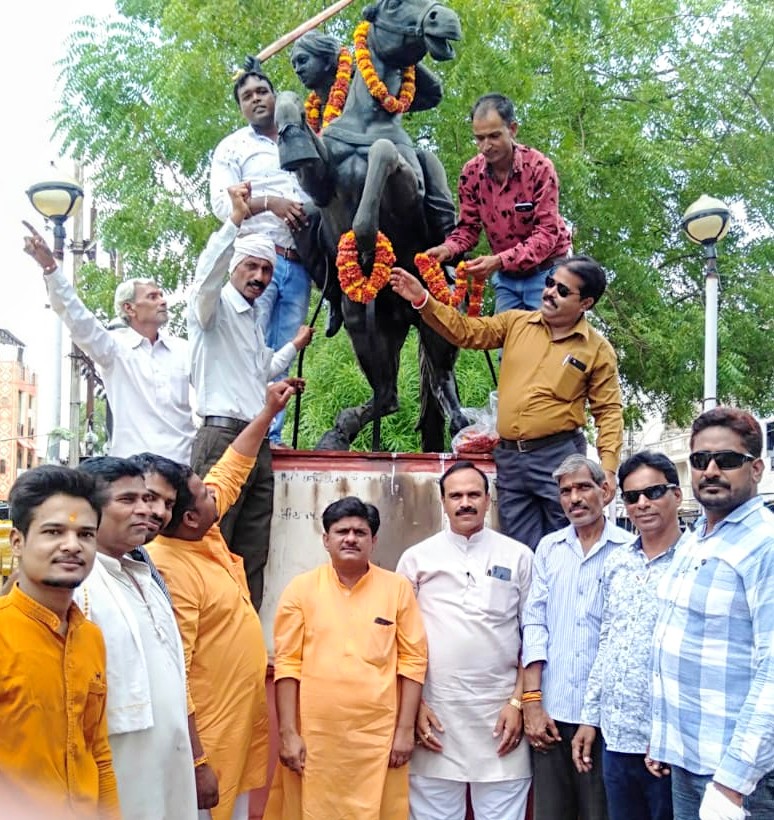 Indians see freedom fighters as symbols of unification and identification. They celebrate the lives of such fighters to justify ideals of patriotism and nationalism.

One such act of patriotism was observed on BALIDAAN DIWAS of Rani of Jhansi in Rajgarh, Madhya Pradesh on 18th June 2019. Rani Laxmi Bai played a prominent role as a leader during Rebellion of 1857 against Britishers. Under leadership of BJP mandal her statue was washed with purified water. At the same time, putting light on her life they resolved to follow her footprints.

On this occasion, the BJP City President Mr. Saket Sharma, MP, Mr. Shailesh Gupta, Vice President of Napalika Mr.Deepak Nagar and many other workers were present.

Today, citizens in India are getting intellectually aware thanks to wide networks and education.

These acts of patriotism are being questioned. They are analysed of being act of love for the country or merely to increase voters by political party workers. Effectiveness of such steps is also being reconsidered.