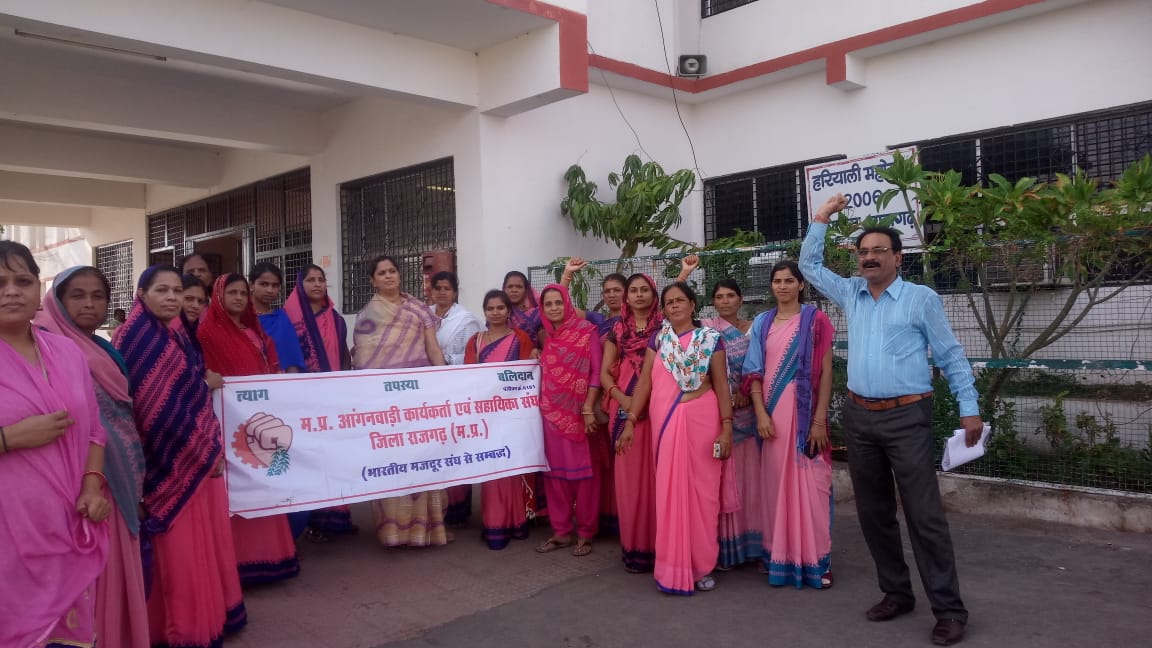 All the anganwadi supporters and personnels of Suragpur(Nipro) arrives at Rajgarh on Monday and submitted a memorandum to the collector in the name of Prime Minister Narendra Modi in which was mentioned the several major demands including the regulation of the anganwadi workers and personnel.

All the anganwadi workers and assistants were present in the collectorate in which they put forward their all the major demands including the regulation of the anganwadi workers and assistant and payment of rent to Anganwadi center building should be considered. The submission of memorandum was formulated by Ashok Sharma, Rajendra Sharma, Smt Suryakiran Sharma, Smt of Gopal Sharma, Indian Mazdoor Sangh Krishna Malviya, Sarita Tripathi, Sona Shamrma, Asha Soni, Madhubala Joshi, Parvati Lahiri, Pramila Sakhe. A large number of Anganwadi personnel including Shikha Jain, Reena Yadav, Chandra Devi, Mnaju Mehr, Seema Mehr Santosh Yadav, Shahid Khan, Shabana B were involved.