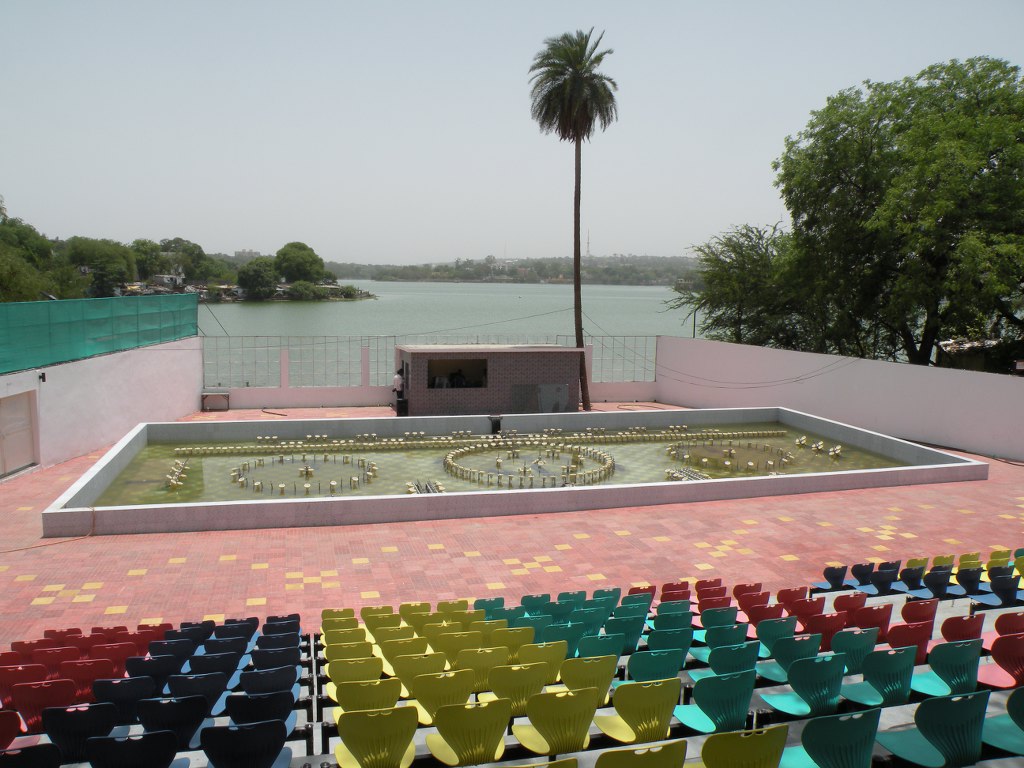 The musical fountain was constructed in upper lake a year ago but it hasn’t started yet and there is no information given that when will it start. No information is also given about its usefulness in future. There was a plan made to start it in July but, due to lack of water in the lake it wasn’t started. Although there is no success of musical fountain in the city. The musical fountain and the laser show constructed in lower lake is not working but municipal corporation has not given the attention to that side. Lake protection cell is now digging the area near the fountain and cleaning it. City engineer protection head, Santosh Gupta said that we are cleaning the area near the fountain so that after some time it could be started and people of the city can enjoy it. We are taking consultant from the professionals technical so that there is no lack of water in the lake.
Special points–
1. Water screen has also constructed near the fountain so that music is made based upon 6 seasons.
2. History of Bhopal will also be shown on the screen.
3. The length of musical fountain is about 1 meter.
4. A stage is also constructed near the lake, which has the capacity of 600 people.
5. The area will be cleaned and the responsibility will be given to the city people.
Corporation will start the fountain in August.
Due to late coming of monsoon season, fountain will be started in august. Before this, on July fountain will be made popular. Corporation said that plantation will also be done near the fountain which will enhance its beauty in future.