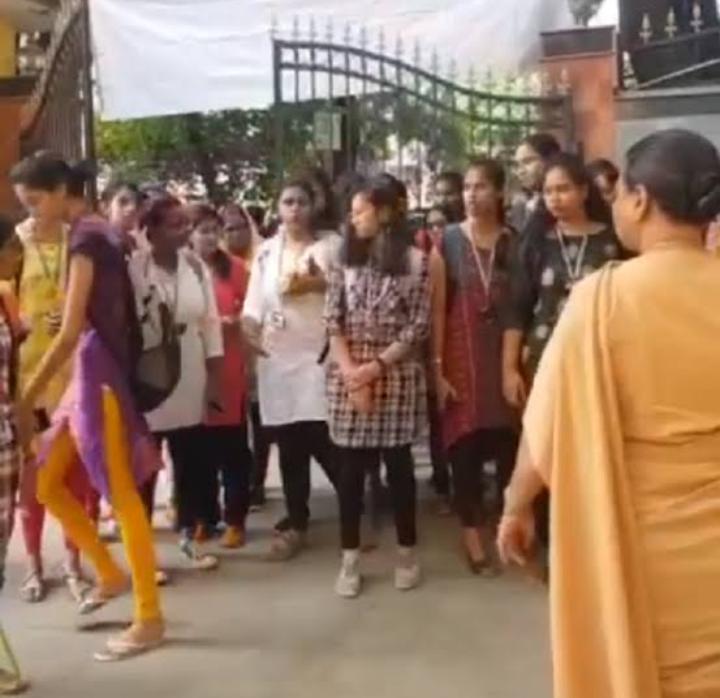 We are in 2019 and girls are still being restricted to what they want to wear,according to their choice. They are being manipulated by steryotype people and now by the educational institution as well.

A renowned Girls college in hyderabad,St.francis passes a Dictat and bans girls from wearing kurtas above knee length saying it exposes thighs
and “attracts men”,and says long kurtas fetches good marriage proposals.
According to a source girl’s wearing even an inch above knee length kurta was not allowed to enter the college,the college deplous
a female guard for checking girl’s kurtas and those who are not following was notallowed to sit in class or give exams.

This dictat was reinforced in a girl’s college,where there were no boys and only male teaching staff.

Students then protested against it and take this issue over social media,and expressed their concern for not able to sit in class during exams.
Later the college administration was forced to withdraw the dictat today after students in a large number staged the protest at college premises.

A ex-student stated that”while we should be talking about carrer and ethics,college adminintration is focusing on the kind of dress girls should wear”,its really disturbing.

Meanwhile, the college has allowed students to wear shirts and jeans, but there is still a long list of dresses which the girl students are not allowed to wear on the campus.