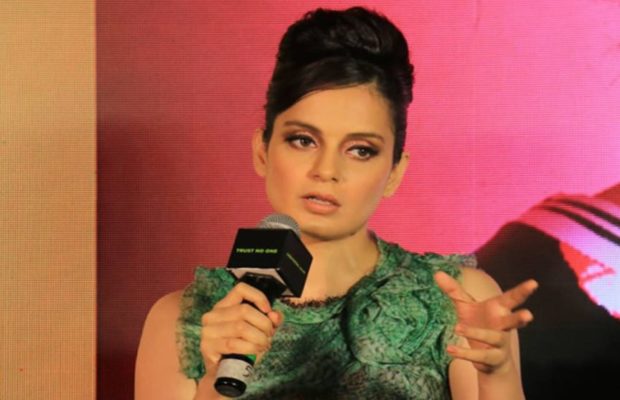 The Entertainment Journalists’ Guild of India (EJGI) has decided to boycott Kangana Ranaut, a delegation from the group told producer Ekta Kapoor on Tuesday, two days after the actor’s spat with a PTI journalist at a promotional event.
Recently, during a promotional event for her upcoming film, Kangana got into a heated argument with PTI journalist Justin Rao. She accused him of giving her earlier film Manikarnika an unfavourable review and refused to let him finish his question.
Members of the Guild also demanded a public apology from both Kapoor and Ranaut, journalists present at the meeting said.
“We, the members of Entertainment Journalists Guild of India (EJGI), demand a written a public statement from you, Balaji Films, and Ms. Ranaut, condemning the incident and in particular Ms Rananut’s behaviour. We are here to discuss if you can support our cause and how we can support your film ‘Judgementall Hai Kya’, in return. You have always been supportive to righteous causes and we expect you to stand by us in this matter.”

Entertainment Journalists’ Guild of India boycotts Kangana Ranaut, decides to “not give her any media coverage” over an incident where she accused a journalist of running a “smear campaign” against her at a song launch event of movie ‘Judgementall Hai Kya’. pic.twitter.com/ysOOV5KYrE

“We, as a guild, have collectively decided to boycott Ms. Ranaut and not give her any media coverage. Rest assured, we will not let this matter affect ‘Judgementall Hai Kya’ in any manner and will be supportive of your film and other cast members, barring Ms Ranaut.”
Kapoor, who is producing Ranaut’s upcoming film Judgementall Hai Kya, agreed to issue the apology and expressed regret over Sunday’s incident, which has prompted a backlash against the star on social media, the journalists said.

However, Ranaut’s sister Rangoli Chandel said on Twitter that the actor will not apologise. “I promise one thing that there will be no apology from Kangana,” she tweeted and described the journalists as anti-national.

Judgementall Hai Kya, which also features Rajkummar Rao, is scheduled to be released on July 26.