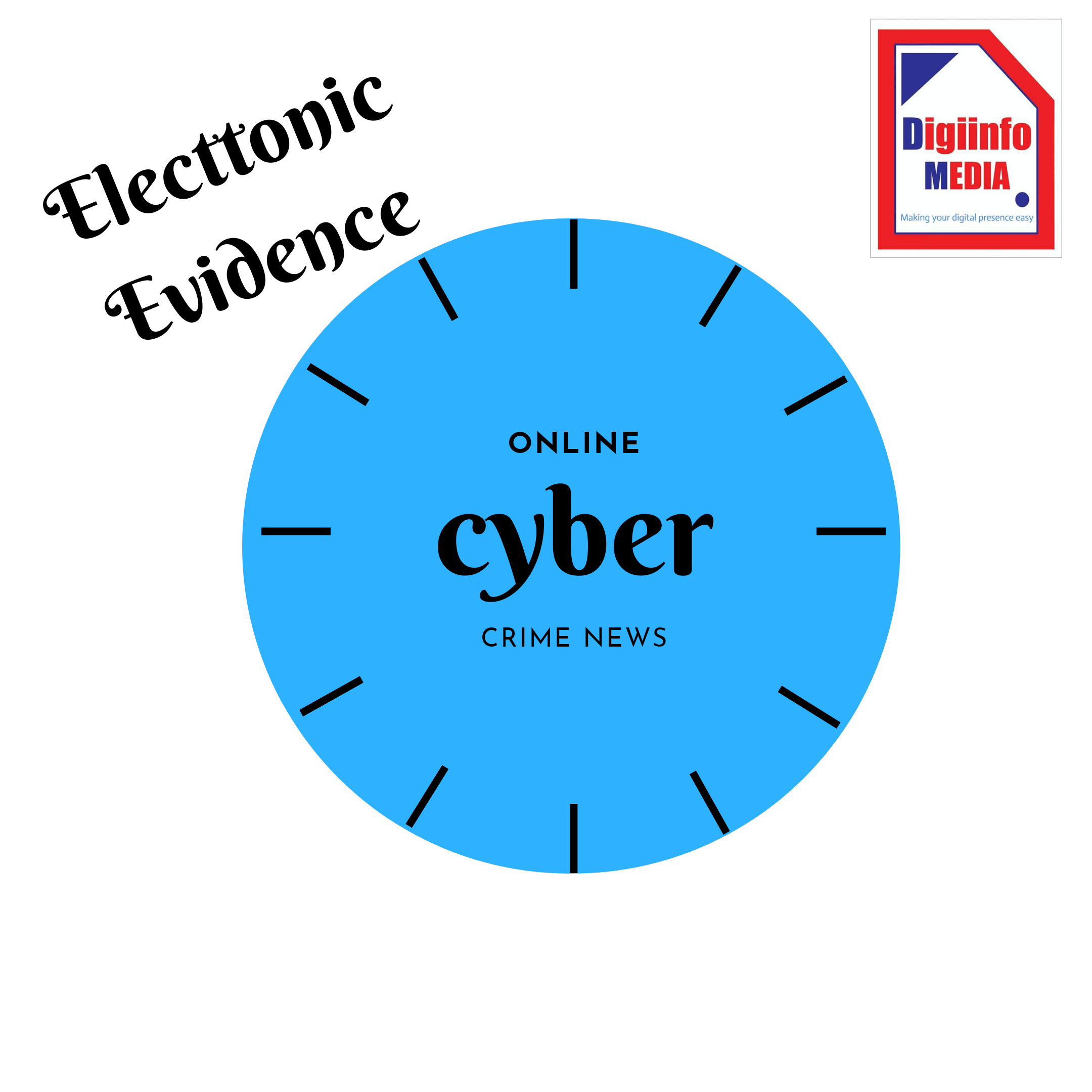 Section 65A and 65B have been added by Information Technology Act,2000. Section 65A lays down the contents of electronic records may be proved with the provisions laid in the Section 65B.Section 65B (Admissibility of electronic records) states that any information contained in electronic records which is printed on a paper, stored, recorded or copied in optical or magnetic media produced by  a computer shall be also deemed to be a document if the conditions mentioned in this section are satisfied in relation to the information and computer in question and shall be admissible in any proceedings , without any further proof or production of the original.

The conditions of Section 65B are:

Where the information was processed or fed into the computer on inter linked computers or one computer after the other in succession all the computers so used shall be treated as one single computer.

Section 65B also lays down that for the purpose of evidence, a certificate identifying the electronic records containing the statement and describing the manner in which it was produced by a computer and satisfying the conditions mentioned above and signed by a officer in charge of the operation or management of the related activities shall be the evidence of any matter stated in the certificate it shall be sufficient for the matter to be stated to the best of the knowledge and belief of the person stating .

Any information to be taken to be supplied to a computer , if it is done in any appropriate form whether directly with or without human intervention by means of any appropriate equipment , or any information is supplied by any official in the course of his activities with a view of storing or processing it even if the computer is being operated outside those activities .

In a matrimonial proceedings for dissolution of a marriage, the wife was alleged to have abused and threatened her husband on the cell phone and the same was recorded on it . The matter was recorded by the husband in an Audio C.D . The cell phone was not produced . Only the C.D was exhibited . The wife objected alleging fabrication . The court ordered the C.D to be marked as an exhibit subject to the condition that whenever it was played, opportunity for cross examination should be given to the wife. Where the petitioner ( election petition ) had himself admitted that he was not aware as to how and in what manner  the C.D was prepared , it was held to be not admissible in evidence. It was of no help to the petitioner I proving the charge of corruption against the returned candidate .

An evidence related to electronic record. A prayer was made for producing it by means of video conferencing . The court said that there was no bar on examination of a witness through video conferencing . This is natural part of electronic method therefore the prayer was therefore , allowed with usual safeguards . It was a claim for pendente  lite maintenance . The husband was permanently living in America . His statement was allowed to be recorded by the electronic device.

For the purpose of recording evidence with utilization of video conferencing technology , discretion has been vested in the family court itself to record evidence through such process . By virtue of Section 10(3) , family courts are empowered to adopt their own procedure to arrive at a settlement or to get truth of the matter.

Due to enormous growth in e-governance throughout the Public & Private Sector, Electronic Evidence have involved into a fundamental pillar of communication, processing and documentation. These various forms of electronic evidence are increasingly being used in both Civil & Criminal Litigations. During trials, Judges are often asked to rule on the admissibility of electronic evidence and it substantially impacts the outcome of civil law suit or conviction/acquittal of the accused. The Court continue to grapple with this new electronic frontier as the unique nature of e-evidence, as well as the ease with which it can be fabricated or falsified, creates hurdle to admissibility not faced with the other evidences. The various categories of electronic evidence such as website data, social network communication, e-mail, SMS/MMS and computer generated documents poses unique problem and challenges for proper authentication and subject to a different set of views.

The admissibility of the secondary electronic evidence has to be adjudged within the parameters of Section 65B of Evidence Act and the proposition of the law settled in the recent judgment of the Apex Court and various other High Courts as discussed above. The proposition is clear and explicit that if the secondary electronic evidence is without a certificate u/s 65B of Evidence Act, it is not admissible and any opinion of the forensic expert and the deposition of the witness in the court of law cannot be looked into by the court. However, there are few gaps which are still unresolved as what would be the fate of the secondary electronic evidence seized from the accused wherein, the certificate u/s 65B of Evidence Act cannot be taken and the accused cannot be made witness against himself as it would be violative of the Article 19 of the Constitution of India.