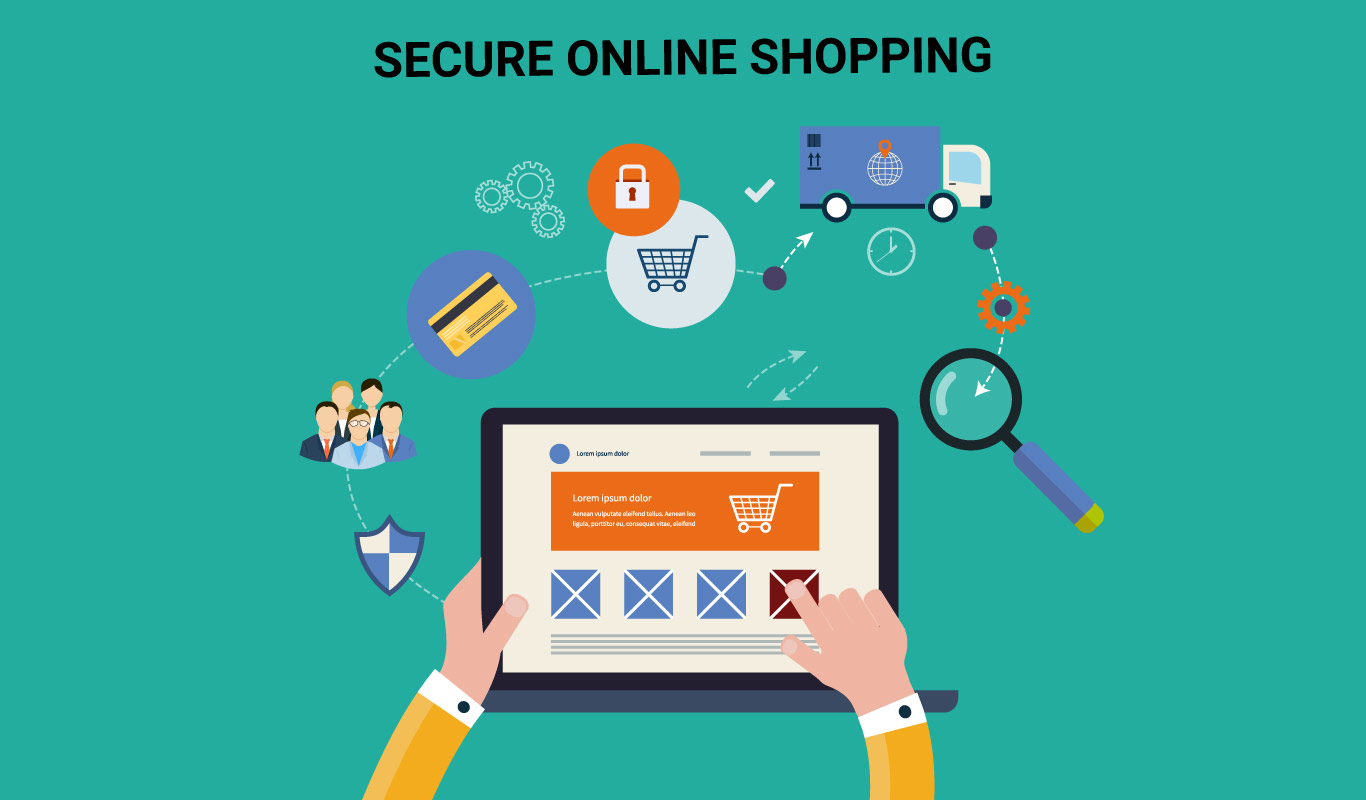 THE NEED FOR REGULATION OF E-COMMERCE IN INDIA:

Cybercrime is one of biggest problem for the e–commerce industry. Millions of rupees, personal data theft every year from the internet. Cyber-crimes are the hurdles in the road of success of online business. This paper draws attention to the various problems, cause of the cyber-crime and prevention for the same.

The concept of Common Ownership:

The fact that the e-commerce industry in India has grown in size and scale cannot be denied. This has attracted investments from foreign players in the industry. The widespread occurrence of common ownership of firms that compete in the product market, or horizontal shareholding, in this form, is relatively new and has not yet attracted a policy or enforcement action from the agencies. In order to reduce their risk, foreign investors diversify their portfolio by investing in competing firms to maximize returns, thus leading to consolidating tendencies. Their de facto control over the management of the company could weaken the competitiveness of the company against other target companies under their control.

Given how contemporary the issue at hand is, there has been no legislative or executive intervention, or any policy measures taken for the same. However, due to its dynamism, it has been dealt with in recent case laws by the courts in India.

This issue has been loosely dealt with, in a recent judgment by the Competition Commission of India, in the case of Meru Travel Solutions Ltd v. ANI Technologies. The petitioners in the case raised concerns over the rise in common investors through foreign investment among the responding firms, which could potentially lead to a decline in their incentives to compete, as opposed to when two competing firms are owned by separate persons. The Court referred to the ‘Theory of Harm’ which puts belief in the fact that common ownership could lead to unilateral price increases which would benefit the investors, rather than the firms, and more importantly, try and orchestrate collusions, to earn collusive profits. The Commission noted that the company “SoftBank” seems to be an active investor, and has the ability to exert material influence on both Ola and Uber. The Commission’s view was that the said theory plainly states that such a control could have potential adverse effects on competition, and the ‘material influence’ exerted by “SoftBank” ranks lowest in the hierarchy of control, as recognized under Competition Law. The Commission conceded that there could be a potential effect on competition because of common investors affecting horizontal incentives to compete, but it could not go ahead with investigations on mere speculation. It was stated that trigger point in the Competition Act, 2002 is strictly, contravention of either Section 3 or 4, both of which had not taken place at that point in time. Moreover, the Indian market has witnessed a paradigm shift from the time when a monopoly was considered per se, bad, under the MRTP Act, 1969 to the current position, wherein ‘abuse of dominant position’ is considered bad under the Competition Act, 2002. Therefore, in order to investigate against a company, existence of alleged abusive conduct is a sine qua non.

The much awaited policy for e-commerce has been delayed by a period of 3 years only for the released draft to cause great agitation amongst investors, vendors and retailers who have for the first time come together, united, to go against the draft. A framework is definitely needed for standardization as well as to ensure necessities concerning digital transactions in India including fair price in the country’s digital marketplace are met with.

The draft E-Commerce Policy, 2018 seems to be a positive development in the sector which is a result of suggestions that have been received from industrial players and various industrial bodies. This is an indicator that the government is interested in consulting with other players in the sector to ensure that there is a policy that contemporarily meets the needs of the market and is dynamic enough to adapt to the vibrant economy of India. That being said, this draft policy has its own set of boons and banes.

The draft policy states that deep discounting has affected offline sales in a negative manner and that unregulated discounts must be brought to an end. It also states that direct or indirect influence on the price or sale of products and service of an online retailer may not be allowed to any group company investing in the online retailer. This move can lead to complete restriction on e-tailers from giving deep discounts. Business decisions should not be micromanaged this way.

To tax or not to tax?

It seems as though Flipkart and Amazon are facing heat from the IT Department as well. In a ruling regarding the treatment of “discounts” or marketing expenses by Flipkart, the Commissioner of Income Tax had ruled that they are to be regarded as capital expenditures, as they are used to establish their brand in the market. This means that it cannot be deducted from revenue and must be amortized over 4-7 years in their books. Prior to this ruling, many e-commerce firms that engage in deep discounts have been treating their promotional expenses as “revenue expenditure”, which would ultimately result in losses, thus exempting them from the 30% tax bracket. However, experts are of the view that the ruled reclassification will be a step forward to turn these firms profitable.

But in a huge turn of events, the Income Tax Appellate Tribunal, Bangalore Branch in the case M/S Flipkart India Private Ltd. v, Assistant Commissioner of Income overturned the reclassification and allowed them to be classified as revenue expenditure as these marketing expenses are quintessential to retain market share.

Even though the decision can be appealed, it may have added fuel to the already ravenous fire, that seeks to enforce a sunset clause on deep discounting.

Contrasting Position in the United States of America:

It is pertinent to note that the threshold limits in USA are somewhat different. Pre-merger notification requirements as elaborated in the Clayton Act, with specific reference to Section 7, can be analyzed under three facets [2] :

Section 7 grants an exemption to acquisitions made “solely for investment purposes” to preclude investments made by passive investors who do not control the company, from antitrust analysis. However, Courts have interpreted the provision to mean that, the degree of control is not the real test, but the ability to influence firm behavior. Thus, “passive investors” are capable of raising concerns despite their lack of control. The US Courts have also recognized the possibility for such acquisitions to turn unlawful, even if they were initially “solely for investment purposes” and lawful [4].

Further, in another case, the Courts clarified their position that the ambit of “control” and stated that a lack of control in a partial-acquisition does not exempt the acquirer from penal action as under Section 7. Thus, the US antitrust regulators have received a license to probe cross-shareholding, even when the controlling stakes are low [5].

It thus becomes clearer that the passive investment exemption is untenable for institutional investors, as they are likely to demand corporate governance and voting rights in their target companies, in order to safeguard their investments [6].

Unlike in the case of India, the U.S only contemplates a potential decrease in competition which is a much more liberal approach and is thus more accommodative of a new age problem like that of common ownership.

As stated earlier, a policy that phases out discounts will not be fruitful for the Indian economy. Such unregulated restrictions would do more harm than good.

India has a free market model, i.e. a free economy and free trade. The government instructing how a company should be run would be against the basic structure of a free market. The market in India must operate with minimum governmental intervention to maintain the free economy model. The government’s role is to ensure that there is a balance in the economy, so that the global investor community is not deterred.

On the other hand, the Indian economy is also centered on promoting Indian entrepreneurship. The draft e-commerce policy in this sense, could be extremely fruitful potentially having a positive impact on protecting entrepreneurs in India. In order to sustain the height of the economy as it is today, ensuring that there is no deterrence of foreign investors is must, as it has had tremendous impact on India’s growth. Such balance is needed now, more than ever.

The concept of differential voting rights can also be brought into picture via the e-commerce policy for foreign investors. This could potentially bring about the balance that is needed. As per Section 43(a)(ii) of the Companies Act, 2013, a company incorporated under the laws of India and limited by shares is permitted to have equity shares with differential voting rights as part of its share capital. In order to protect Indian entrepreneurs, differential voting rights can be given, restricting the amount of control that could be exercised by foreign investors, so that it does not exceed the control of the Indian investors. And as the Companies Act, 2013 allows the same, this would not be a new concept that is brought into play but a measure that has been in place and worked for years. This would be an effective and efficient means to regulate the control of foreign investors as it only has to be applied now.

The e-commerce policy as of now, does not focus on the issue of common ownership. It is safe to say that foreign investment would help the Indian economy as results of positive growth can be traced to the same. To ensure that there is regulation, a Non-Compete Clause should be made mandatory in Investor Agreements ensuring that an investor does not invest in more than two competitors in the same industry, to an extent where material control could be exercised over the companies and thus, checking the possibilities of collusive profits through unwarranted mergers.

E-commerce is still new, regardless of its growth. The imposition of any restrictions at this stage would be restrictive and inhibit the sector from reaching its possible potential. To facilitate the same and ensure efficiency, regulatory mechanisms are needed.

Having differential voting rights for foreign investors and recognizing the concept of common ownership, which has historically showcased the tendency to obtain collusive profits, could be a step forward to ensure such regulation along with the inclusion of a non-compete clause in investor agreements.

23 thoughts on “E-COMMERCE LAW IN INDIA”