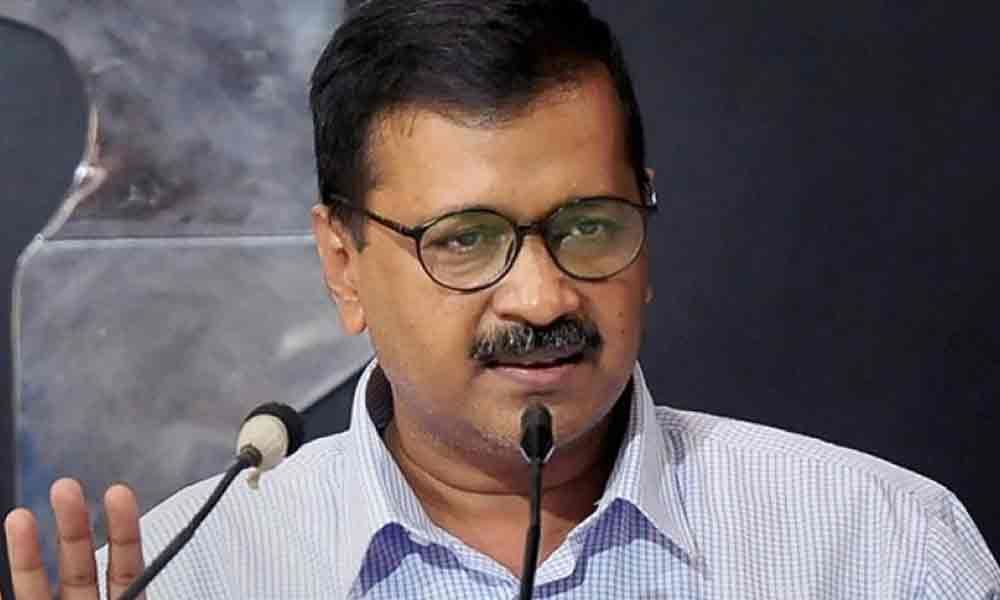 Delhi Chief Minister Arvind Kejriwal announced a financial assistance of Rs 10 lakh on Saturday for the family of a six-year-old girl who was allegedly raped in Dwarka earlier this week. The young girl was allegedly raped on June 2 in the Dwarka area of New Delhi. Kejriwal along with Deputy CM Manish Sisodia visited the girl and her family in the Safdarjung hospital when he announced the financial assistance and legal help to her.

A 24-year-old man was arrested for allegedly raping the girl in Dwarka’s Sector-23 on Tuesday.

CCTV camera footage led the police to arrest the man in connection with the alleged rape case. He was last seen with the girl as the girl and her older brother playing in the area where their family stayed. The brother told the police that they were playing together when the man came and stood next to them for some time. He said that the man offered them mango drinks and took his sister along to buy and when he tried to go with them, the man stopped him and asked him to wait for their return.

According to a senior police officer, the victim was found by a local resident in the bushes adjacent to a road and rushed to the Deen Dayal Upadhyay Hospital. Later, she was shifted to the Safdarjung Hospital, where her condition was stated to be critical, the officer had said.

“The Delhi government will give financial assistance of Rs 10 lakh to the family. It will also arrange for the best lawyer required to bring the culprits to book,” the Chief Minister said after meeting the girl and her family, TNIE reported.

Kejriwal met the doctors on his visit who told him, “Her condition was serious when she arrived at the hospital. However, she is now stable after her operation and other treatments. I also met her father and promised all kind of support.”

He later tweeted about it and said, “I am shaken after seeing the plight of the minor rape victim.”“If children are not safe even in national capital, we should all hang our heads in shame. CCTV cameras helped in nabbing accused. We are installing cameras across Delhi. We are ready to cooperate with the Centre to make Delhi safe,” he added in the tweet.

I am shaken after seeing plight of minor rape victim. If children r not safe even in national capital, we should all hang our heads in shame. CCTV cameras helped in nabbing accused. We r installing cameras across Delhi. We r also ready to cooperate wid Centre to make Del safe https://t.co/4GS4ST9Gj3

Delhi Commission for Women (DCW) Chairperson Swati Maliwal met the girl and her family members on Friday. She also made a public appeal to garner financial assistance for the minor girl. Those willing to come forward for the cause may contact the DCW on the 181 helpline number or by sending an e-mail to livingpositive@gmail.com.

DCW Chief @SwatiJaiHind met the 7-year-old rape victim at Safdarjung hospital today. She is in a very critical condition.

If anybody wants to support the girl, they may contact the Commission at 181 or email at livingpositive@gmail.com.@narendramodi @ArvindKejriwal pic.twitter.com/7oXdq0YJ6u

“It is horrifying and the girl has been subjected to extreme cruelty by the accused. The whole system has failed to protect this girl and now she is fighting for her life. Mere arrest is not enough to bring justice. The entire system is responsible for this rape. Last year, I sat on a hunger strike and law was passed which ensured death to rapists of children in six months. However, in the past 1.5 years, death has not been accorded to even a single rapist in Delhi. While, the Commission will ensure that the victim is provided with all the financial and legal support and the accused is awarded with stringent punishment, I feel that the government and police needs to get its act together,” she tweeted.

Met 6 year old rape survivor in Hospital. Shell shocked! Each inch of her body has marks of brutality. Private parts comp destroyed! Last year I kept hunger strike for 10 days 4 death to child rapists but yet 2 be implemented even in Del. The system is responsible for this rape!

The survivor hails from Bihar and was studying in class II in a Delhi school. Her father is a labourer while her mother works as a domestic help.