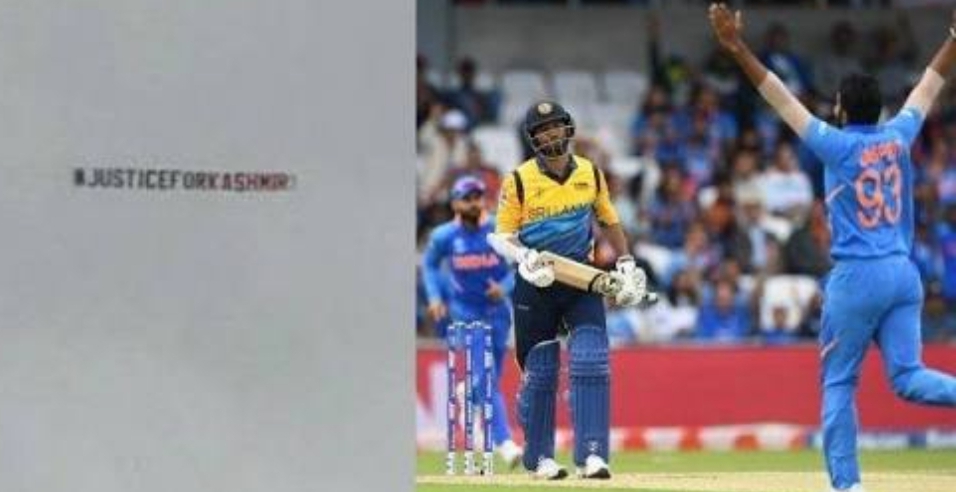 In yet another incident that has political overtone, multiple unnamed aircraft flew over the Headingley stadium with pro-Kashmir and anti mob lynching banners during the World Cup match between India and Sri Lanka on Saturday.

One can boast about the wins that India has scored on the lead boards in the ICC Cricket world cup 2019 but no one talks about what happened during the match. Just minutes after the match started an aircraft flew over the stadium with the banner “ Justice for Kashmir”. 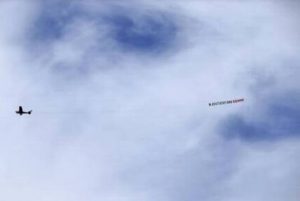 After half an hour another banner was flown by the similar looking aircraft quoting “India stop Genocide, Free Kashmir”.

The samw aircraft was seen for a third time again with the different banner Midway of the ranches quoting “ Help End Mob Lynching In India”. 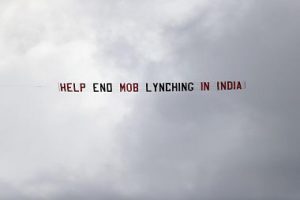 This is second such incident within  10 days as Afghanistan and Pakistan fans had clashed previously at the same venue on June 29 after ‘Justice for Balochistan’ banner was displayed by an unnamed aircraft that landed at the Bradford airport.

Many of a few fans were evicted for causing brawl inside the stadium. ICC has zero tolerance policy for political and racist slogans. They expressed their disappointment for the security breach.
“We are incredibly disappointed this has happened again. We do not condone any sort of political messages at the ICC Men’s Cricket World Cup,” the ICC said in a statement.

The ICC has been given assurance by the Manchester and Yorkshire police authorities in this respect.
ICC’s outgoing Chief Executive Dave Richardson accepted during a recent interaction that even if they have foolproof security, it can never really be enough.

“Throughout the tournament, we have worked with local police forces around the country to prevent this type of protest occurring. After the previous incident we were assured by West Yorkshire Police there would not be a repeat of this issue, so we are very dissatisfied it has happened again,” the ICC statement added.

It has also been learnt that the air space above Old Trafford in Manchester and Edgbaston in Birmingham will be turned into ‘No-Fly Zone’ during the two semifinals on 9 July and 11 July respectively.

Saturday’s incident is an indication that local authorities did not do enough as the airspace is their domain.
The incident however leaves ICC on the edge since a more dangerous security breach is feared.

It is surprising that this news being of international importance and been given so much more priority in in the the international news media coverage. It was shameful that the Indian media stood mum over the incidents and no mentions of this were seen anywhere over the prime news channels of 24 hour format especially when India was targeted on all banners of display. The only coverage visible was after 2 days and only on online portals of major media houses.