“suggestions and grievances” to the civic body directly.

The BMC is now on twitter as @mybmc, you can now tweet your suggestions/ grievances to BMC directly and get them addressed.
Try it now to make your voice heard directly.

Later, the 51-year-old said he had never hidden or denied the fact that he holds a Canadian passport.

Kumar’s tweet did not go well with many, who called the remarks ironic and mocked the actor for holding a Canadian passport. However, there were some who thanked Kumar for passing on the information.

Why should a Canadian give advice to Indians

Many helpless r also among Ur fans ❓

The actor had earlier said he doesn’t understand the “unwarranted interest and negativity” about his citizenship as he works in the country and pays his taxes here.

“While all these years, I have never needed to prove my love for India to anyone, I find it disappointing that my citizenship issue is constantly dragged into needless controversy, a matter that is personal, legal, non-political, and of no consequence to others,” he had said. 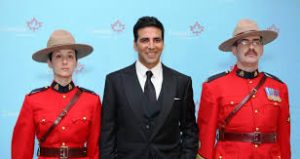