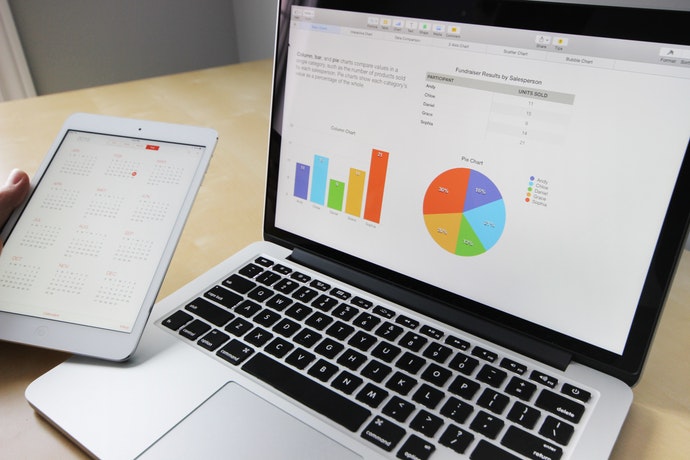 Cryptocurrency is a digital currency which is used as a medium of exchange without the involvement of a centralized bank. In 2009, Satoshi Nakamoto, the inventor of Bitcoin, launched the idea of cryptocurrency which changed our perspective towards money. According to him it is a “peer to peer electronic cash system.” Cryptocurrency is similar yet different from the digital cash that we use in PayTM and Gpay as it is outside the realms of central banks and operates on a system of blockchain. Blockchain is essentially a public distributed ledger or a register wherein all the confirmed transactions are recorded and every process is secured by cryptography.  It is a software platform which enables smart contracts to take place in a decentralized manner. The server is absent in a decentralized network which means that every node of the network is responsible to transact data and perform its task accordingly. Being decentralized also means that it is controlled by users and computer algorithms. For example, Bitcoin, which is a type of cryptocurrency, uses Secure Hash Algorithm 256. Cryptocurrency uses encryption and combination of both public and private keys for enhanced security. Cryptographic miners are specific types of users who confirm the transactions by decrypting the codes made in the transaction for the digital ledger or blockchain.

How does cryptocurrency function?

Cryptocurrency wallets are used to conduct the transactions. The sender creates the transaction using the wallet software to transfer money from one account to another with the help of a password, also known as the private key which is associated with the account. This transaction is then broadcasted in the cryptocurrency network and queued up to be added to the public ledger, such as blockchain, by a miner in a sequential manner. The recording of transactions in the public ledger is known as mining. The amount of the transaction is kept public but the sender’s detail is encrypted. The transaction generates a unique set of keys each time and whoever owns the keys, owns the amount of money associated with it. This is similar to how the owner of a bank account owns the money in the account. There are many types of cryptocurrency such as Bitcoin, Ethereum, Ripple, Litecoin, Stellar etc. Cryptocurrency can be bought online through a broker such as Coinbase (a bitcoin broker), or traded on cryptocurrency exchanges, similar to stock exchanges. 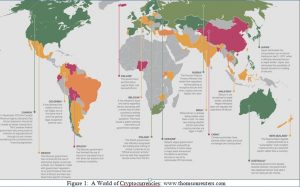 Figure 1:  A World of Cryptocurrencies: www.thomsonreuters.com 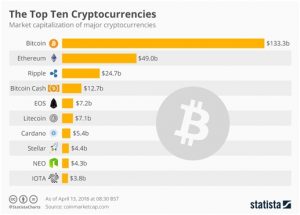 In Figure 1, it is stated that in India there is no strict law governing the legality of cryptocurrency and India’s stand on cryptocurrency is not a favorable one. The legal aspects of virtual currencies are covered in regulations like the Companies Act, 2013, Prevention of Money Laundering Act, 2002 and the Reserve Bank of India Act. However, India’s Ministry of Finance had opposed the use of cryptocurrency in 2017 due to heightened risk to investment and security. Additionally, Reserve Bank of India issued circulars and several statements warning the users of the risks involved in cryptocurrencies. And in April 2018, the RBI issued the “Statement on Developmental and Regulatory Policies” where it directed all the entities regulated by RBI to not deal with cryptocurrencies as it will disrupt the working of existing financial institutions.

In response to the government’s aversion towards the use of cryptocurrency and the ban imposed by RBI, a petition was filed by the Internet and Mobile Association of India on behalf of the Indian crypto startups  in 2019 challenging the legality of cryptocurrency and all the similar petitions were combined to form the case of Internet and Mobile Association of India v. Reserve Bank of India (2020) SCC 275 . It was asserted by the IAMAI that prohibition of any economic activity falls within the power of an economic policy which is formed through a legislation but the RBI, which derives its power from a statute, does not have the statutory power to issue such a policy on its own.  In this case, the court looked at the pending bill named Cryptocurrency and Regulation of Official Digital Currency Bill, 2019 wherein criminal liabilities were imposed on users of cryptocurrencies but it paved the way for the government to introduce its own digital currency. On the other hand, the earlier Crypto-token Regulation Bill, 2018 which was recommended by the Inter-Ministerial Committee was fine with the sale and purchase of cryptocurrencies. Thus, the intention of the legislature regarding the use of cryptocurrencies could not be ascertained. The court relied on the precedent set in the case of State of Maharashtra v. Indian Hotel and Restaurants Association, stating that there needs to be some empirical data to show the harm suffered by the entities by the use of virtual currency, however,  RBI’s stand in the case was not supported by any empirical data.

The court also used the doctrine of proportionality which states that in order for a measure to be proportional we must check:

2- Whether the measure taken is rationally connected to the objective.

3-Whether the severity of the effects of the measure on the rights of the people is balanced with the importance of the objective.

4- And whether a less intrusive measure could have been taken without affecting the objective of the measure.

It is true that the RBI has powers to take pre-emptive actions like this but in the present case, the proportionality of the action needs to be shown. Even the Government was unable to decide its stand on cryptocurrency, owing to the opposing bills pending in the Parliament, the court decided that the measure taken by RBI cannot be deemed proportionate. The judgement of revoking the ban on cryptocurrency in March 2020 is regarded as a landmark judgement towards the acceptance of virtual currency in India. Shivam Thakral, founder and CEO of BuyUCoin remarked that the judgement was a historic moment for the crypto industry and the biggest plus point was the Supreme Court’s backing and faith in cryptocurrency. Many online crypto platforms have also expressed their views on the judgement. The CEO of Cashaa, a London based online cryptocurrency banking platform, has expressed their interest in expanding their business to help Indian banks in  their Combatting the Financing of Terrorism policy(CFT). It will also open a crypto-friendly bank in India.

The future of cryptocurrency

It is predicted that the government will regulate the functioning of cryptocurrency in stages because of the threats it poses to the transactions. One such problem is that once a transaction has been registered in the public ledger, there is no way to reverse it. And it requires merely a password, or at most two-factor authentication, to conduct a transaction. However, the fast speed, efficiency in international transactions and the low processing charges are the few benefits of adopting virtual currency.

The bitcoin industry in India has always tried to popularize bitcoin by conducting security checks, requesting identification etc. The Digital Assets and Blockchain Foundation India (BFI) was launched to educate people about the benefits of bitcoin. The impending concern is whether the interference of the government in forming regulations for cryptocurrency will contradict the main feature of it, i.e. independent functioning. There is a possibility that other rules might hamper the innovation and development required in the crypto industry.

9 thoughts on “Cryptocurrency in India”