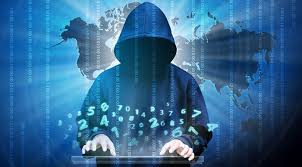 Last year in the month of July, an executive of a private firm and a resident of Rohtak, was encountered with the fraud of of Rs 50,000. The executive immediately took steps to stop further transactions and withdrawals from his bank account and then rushed to the cyber cell . The victim of the crime was travelling home from Gurugram when he received a message on his cell phone that Rs 50,000 had been debited from his bank account. He hadn’t received any call or message regarding the transaction prior to the debiting of the amount. There wasn’t any call regarding any OTP or password.

What usually happens in such cases is that after the victim realizes that money has been debited from one’s bank account for unknown reasons, they sit around confused, ignorant of the further measures can be taken to stem the loss. Fortunately, the executive was quick to contact his bank and requested that all transactions and withdrawals be barred from his account. On visiting the bank, he became aware that due to the per day withdrawal limit of his account being Rs 50,000, the fraudsters had been unable to withdraw any more. The bank directed him to file a complaint against the crime. During an inquiry launched, the police tracked down the account where the Rs 50,000 had been credited and found out that the account belonged to a small private firm. The perpetrators were still at large then. The FIR had been filed in the month of August under Section 420 of the Indian Penal Code (IPC) and Section 66D of the Information Technology Act, 2000. The police said that such cases have a requirement of first having an inquiry ordered and then the filing of the FIR.

Information on a few sections used to deal with cheating and online fraud:

The two provisions under which the FIR was filed under the Indian Penal Code and the Information Technology Act, 2000. are:

 Section 420 of Indian Penal Code- A very popular section that comes into the picture in cases of cheating has become a part of the notorious slang to denote a person who cheats. This section states that- “Whoever cheats and thereby dishonestly induces the person deceived to deliver any property to any person, or to make, alter or destroy the whole or any part of a valuable security, or anything which is signed or sealed, and which is capable of being converted into a valuable security, shall be punished with imprisonment of either description for a term which may extend to seven years, and shall also be liable to fine.” This section has been applied to cyber crimes of online fraud and cheating due to its stringent punishment and to serve as a deterrent for criminals to commit online fraud.

 Section 66D of the Information Technology Act, 2000- This provision involves the punishment for cheating through personation by using a computer resource. The words of this provision are as follows- “Whoever, by means for any communication device or computer resource cheats by personating, shall be punished with imprisonment of either description for a term which may extend to three years and shall also be liable to fine which may extend to one lakh rupees.”

There are sections to deal with impersonating a person under the IPC, but this provision has been enacted to deal with cheats and frauds who personate using a computer resource. They believe that the anonymity provided by a computer resource allows them to get away with a crime. But, the law isn’t far behind when it comes to curbing crime.

A penalty provision, one of the several cases it was used in is the case of Sandeep Varghese vs State of Kerala (2010). The case involved a complaint filed by the representative of a company dealing in the trading and distribution of petrochemicals. The complainant alleged that the accused had committed offences under Section 65, 66, 66A, 66C and 66D of the IT Act, 2000 and Sections 419 and 420 of the IPC, 1860. Two websites were created by the accused
where defamatory material about the company was displayed on the websites. The accused had been dismissed by the company and to exact revenge, he took to defaming the company through the internet. Also in collusion with other accused people, the first accused impersonated and committed acts of forgery that caused the company great loss and it was unable to do business due the defamation campaign run by the accused.

Online fraud and cheating can occur within moments, but the reaction to them isn’t to accept defeat at once. Steps to prevent further damage like instructions to the bank to bar transactions and withdrawals, prevention of sharing of confidential financial information with strangers, alertness exhibited towards suspicious calls and messages, maintaining distance from fake advertisements that make outrageous promises of financial gain, are some of the steps that can be taken against online fraud and cyber cheating. Miscreants are using the internet as a new fertile ground for committing fraud and cyber crime and it is up to us to protect ourselves from such criminals. And if one has fallen victim to such an online fraud, one should contact the cyber cell as soon as possible.