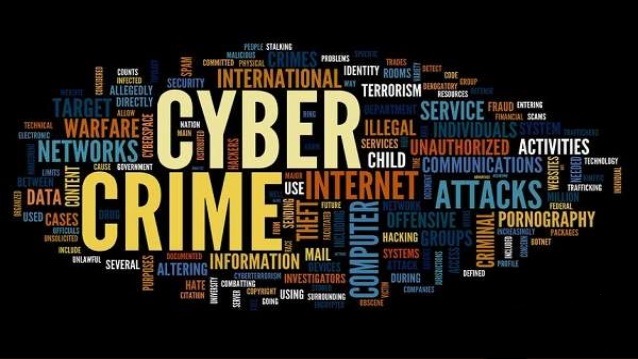 TYPES OF CYBER CRIMES IN INDIA

Internet: Boon or Bane, is an issue which shall remain ever disputed. Like most things in this world, internet too has its own pros and cons with the onus on the person to utilize it in whatsoever manner desired by him. There is no doubt that in the 21st century internet is an indispensable part of our everyday lives and makes life a lot easier. It provides access to numerous things whilst sitting at one place. Online shopping, social networking, online gaming, studying and business amongst other things can be facilitated through this medium. However, it comes with its own setbacks. One such difficulty is that of cyber-crimes.

Cyber-crimes can be defined as the unlawful acts where the computer is used either as a tool or a target or both.  The term is a general term that covers crimes like phishing, credit card frauds, bank robbery, illegal downloading, industrial espionage, child pornography, kidnapping children via chat rooms, scams, cyber terrorism, creation and/or distribution of viruses, Spam and so on. Cyber-crime is a broad term that is used to define criminal activity in which computers or computer networks are a tool, a target, or a place of criminal activity and include everything from electronic cracking to denial of service attacks. It also covers the traditional crimes in which computers or networks are used to enable the illicit activities.
According to statistics released by the National Crime Record Bureau (NCRB) cyber-crimes in India had almost doubled in the year 2017 as compared to previous years. As per the report, 56% of cyber-crime cases registered were for the motive of fraud (12,213 out of 21,796 cases) followed by sexual exploitation with 6.7% (1,460 cases) and causing disrepute with 4.6% (1,002 cases).

Cyber crimes can be accommodated into two headings:

Various Cyber-crimes prevalent in India include:

Unauthorized Access and Hacking:
Unauthorized access means any kind of access without the permission of either of the rightful or person in charge of the computer, computer system or computer network. Hacking means an illegal intrusion into a computer system and/or network. Every act committed towards breaking into a computer and/or network is hacking. Government websites are the most targeted sites for hackers, they either do it for monetary purposes by stealing credit card information from private parties or for obtaining sensitive information relating to the military, defence or matters pertaining to national importance from the government.

Phishing: It is a cybercrime in which a target or targets are contacted by email, telephone or text message by someone posing as a legitimate institution to lure individuals into providing sensitive data such as personally identifiable information, banking and credit card details, and passwords. For instance, If you have watched the Indian Netflix Original, ‘Jamtara’ which deals with this crime in detail you would know that it involves posing as a bank employee asking for sensitive information like credit card numbers, account number etc.

Cyber Stalking: The term stalking means unwanted or obsessive attention by an individual or group towards another person. Cyber stalking refers to any threat that is created through the use of computer technology such as Internet, e-mails, SMS, webcams, phones calls, websites or even videos. Section 354 D of the Indian Penal Code proscribes the act of stalking as “Whoever follows a person and contacts, or attempts to contact such person to foster personal interaction repeatedly, despite a clear indication of disinterest by such person, or whoever, monitors the use by a person of the Internet, email or any other form of electronic communication that results in a fear of violence or serious alarm or distress in the mind of such person, or interferes with the mental peace of such person, commits the offence of stalking. Furthermore section 72 of the Information Technology Act 2008 deals with the offence of stalking and Section 67 prohibits and punishes with imprisonment extending up to three years and fine for the first conviction and to five years and fine upon second conviction, the publication, transmission and causing of transmission of obscene content.

Intellectual Property Crimes These include software piracy, copyright infringement, trademarks violations, theft of computer source code etc. In other words, this is also referred to as cybersquatting. The two most common forms of IP which are frequently stolen are trade secrets and copyrights. Theft of recipes which are famous but secretive for example coca cola, theft of movies which lead to piracy etc fall under this category.

India having the second highest population in the world along with a rapidly growing economy is significantly affected by the increase in numbers pertaining to Cyber-Crime. One cardinal step to combat this is to make people aware that such crimes exist in the first place. It is commonly perceived that Cyber-Crimes are not as heinous as other offences, which is why awareness through various campaigns, media, articles, social media etc is the need of the hour.

5 thoughts on “TYPES OF CYBER CRIMES IN INDIA”