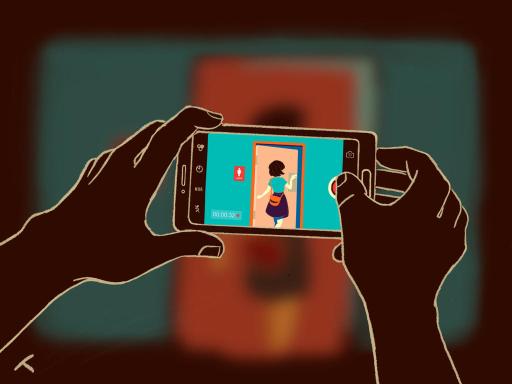 Electronic harassment is a new category of threatening behavior in the work place. The offenders misuse corporate resources to harass co-workers, invade their privacy and even track their whereabouts. Everyone who receives email or uses the internet is suspective to electronic harassment.

Cyber stalking can take many ways. Unsolicited email, including hate, obscene or threatening mail is probably one of the most common forms of harassment. live chat harassment abuses the victims directly through electronic sabotage. With use of net, the cyber stalkers can create evil rumors, which spread through bulletin board. More complex forms of harassment include mail bombs, sending the victim virile or electronic junk mail. Sex tapes, pornographic film CD’s offered for sale on internet expose deep divisions in Indian culture. These incidents are frightening, sickening and perverted.

Information Technology Act is inadequate to protect the privacy and dignity of women. In the changing scenario, with the progress of society and development of science and technology, criminals are equipped with modern weapons and knowledge. But it is unfortunate that, the protecting agencies of our country are not properly organised or well equipped to prevent and control sexual harassment.

It becomes a crime under Section 67 and 72 of IT Act if the pornographic material is published. It is not clear whether a person can be charged for snooping under the Act, if the material is not transmitted. In the absence of precedents in this regard, there is a little light thrown on the subject.

v. Any other unwelcome physical, verbal or non-verbal conduct of sexual nature.

In recent years technological development and the use of internet is becoming widespread and dissemination of computer pornography, through internet is posing certain serious problems as regards its harmful effects which result from the availability generally of pornography, such as negative images of adverse attitude towards women, its contribution towards the commission of sexual crimes, and its direct use by pedophiles to abuse the children.

The Law States That –

The crime of stalking takes a serious toll on the life of women. Girls and women have been forced to drop out of education, quit jobs and even change homes to escape from the stalker.  The codification of this crime will fill an important lacuna in the present law.  Stalking as a crime can act as a check to prevent acid attacks, rape and other forms of violence.

Women and young girls, who hail from villages lack basic amenities and are vulnerable to sexual abuse as they perform routine activities of bathing, call of nature in field and open places.  It always creates fear and distress because men use this occasion to watch them or take pictures of them.  The offence of voyeurism will punish a man who watches or records a woman while she is in private act where her private body parts are exposed.  This offence seeks to uphold the dignity of women and makes the violation of their fundamental right to privacy a crime.  If a man pulls a woman’s dupatta he can be dragged to the police station for attempting to disrobe U/s.354(b) of IPC.

Sensitive police, nodal agencies, civil society and change in mindset are required to tackle the issue of crime against women.

1 thought on “Techno-voyeurism: laws to protect dignity of women”