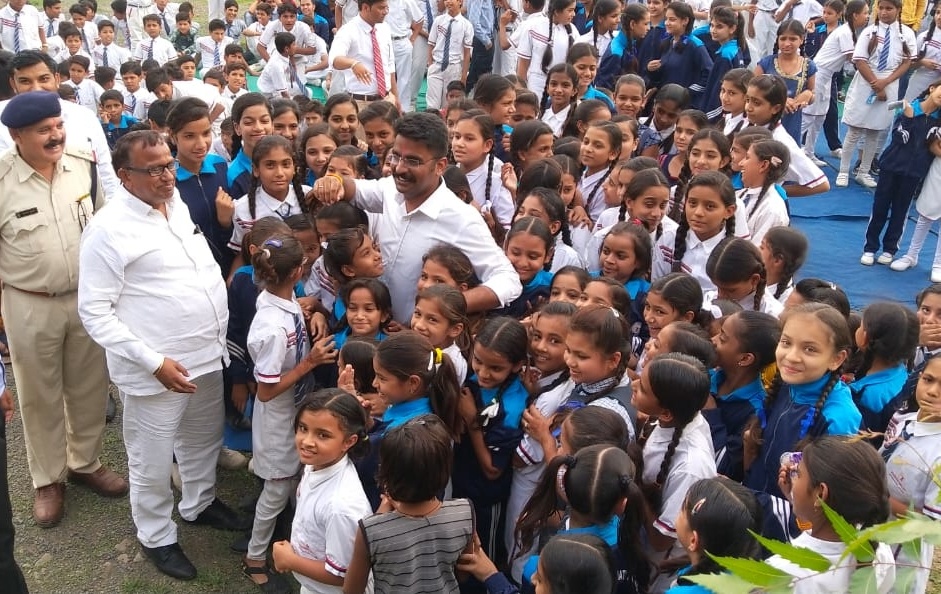 District Superintendent Of Police Pradeep Sharma Interacted With The School Children Over the Subject Of Role of Police In The Society And Women Protection.

It is necessary for the establishment of a civilized state that its citizens altogether endeavor to flourish a developed nation. It is the moral duty of the citizens residing in that society to compound the goodness of the society and amend its evilness. Along with such moral thoughts, Superintendent of Police Mr. Pradeep Sharma , Rajgarh District on 13 July 2016 in respect of the bright future of the children attended the program which was organized in the subject of Women’s protection and the role of police in the society. 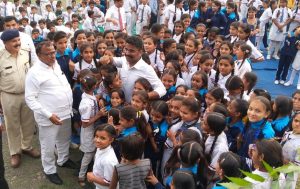 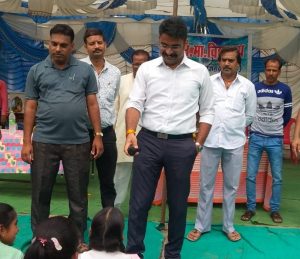 He also put his heads together with the school children on the subjects like duty of police towards people and the role of society and cooperation towards the society. He also shared his views on the subject of women safety and made them aware of the women and child helpline number. In the beginning of the program, Mr. Sharma interacted with the children by giving them examples in such a way that the children also reverted back with excitement and asked him questions with respect to the subject. Following the welcome song, District Superintendent gave his best wishes to the students for their bright students who had passed their annual examination and assured them that they can seek help from police anywhere and anytime.

He appealed to the children that if anytime get encountered with any criminal activity or some unacceptable behavior with girls happens to take place, they should instantly report the incident to their family first and then police. It is our responsibility to be fearless and eradicate the crime from the roots by reporting them.