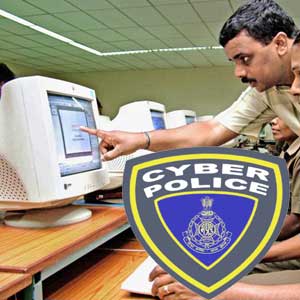 Smartphones have become a necessity in everyone’s life today. An average person spends around 15-18 hours on their phone, be it playing games, or checking into social media. Almost everyone has encountered the pop-up messages and adverts, which are so common on every single app. However, we never stop to ponder how the pop-ups can actually rip us off.

A Seminar On Cyber Crime Rates

Recently, during the Cyber Security And Electronice Evidence For Liars Seminar, held at the Judicial Academy im Sector 43, Chandigarh, cyber expert Manish Manocha revealed a startling fact. According to him, the highest proportion of people being conned online is made up by senior citizens. He further added that usually, unassuming people click on the links sent to them by online thugs, and hence become victims of their ulterior motives. The links are usually fake horoscopes and such. These limks create a portal of sorts, allowing the fruada access to your personal data.

During the seminar, District And Sessions Judge and DLSA Chairperson, Paramjeet Singh; Authority Member and Secretary, Mahaveer Singh; CJM and DLSA Secretary, Amrinder Sharma were in attendance along with various lawyers.

Senior citizens, and especially women, are often unaware of a number of smartphone apps. As such, more often than not, they end up clicking on such pop-ups. This puts their data, from their contact number to their bank details, at risk of being revealed to frauds.

The seminar was inaugurated by the Executive Chairperson, State Legal Service Authority UT, and Punjab And Haryana High Court Justice Jaswant Singh. He shared that according to the reports of the National Crime Records Bureau, 9622 cases regarding cyber crimes were lodged in 2014. The figures significantly increased in 2015, reaching 11582. 2016 saw another rise, with 12317 cases. In the UT, the complaints involving senior citizens were quite a large percent. In 2015, 26 cases, and, in 2016, 48 cases out of the total were lodged by senior citizens.