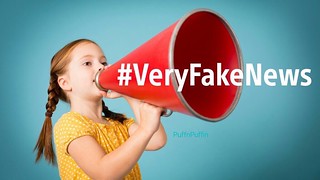 REGULATION OF FAKE NEWS AND MISINFORMATION ON SOCIAL MEDIA THROUGHOUT WORLD.

Fake news generally refers to journalistic stories that confirm false or inaccurate information, intentionally or otherwise.
On Tuesday,the supreme court gave the government three weeks to file an affidavit with a definite timeline for framing guidelines on social media to control the spread of fake news.
The directive come in the wake of recent of recent incidents that took place by online rumors and fake videos.

The Countries that are tackling the crisis:-

MALAYSIA:
> Malaysia was among the first country to pass an anti-fake news law last year.
>spreading fake news draw a fine of 500000 Malaysian ringgits(rs.85 lakh)or up to six years in jail.

AUSTRALIA:
>A law passed earlier this year introduced penalties up to 10% of a company’s turnover and up to three years in prison for tech executives for failing to remove
social media content depicting terrorism,murder,rape or other serious crimes.
>Failure to comply draws fines up to A$168,000(rs 80lakh) or up to six years in jail.

FRANCE:
>Last year France passed two anti-fake news laws following allegations of Russians interference in the 2017 presidential elections.
>The laws allowed candidates and political parties to seek court injunctions to prevent the publication of false information ,and give the french broadcasting authority take
any network spreading misinformation off to the air.

RUSSIA:
>A march 2019 law punishes individuals and companies for spreading fake news and information that “disrespects the state”.
>Publication found to spread fake news face fines up to 1.5 million rubles(rs 16 lakhs).Insulting state symbols and authorities draw fine of up to 300000 rubles(rs 3 lakh)
and 15 days in jail for repeat offenses.

GERMANY:
>Germany’s Netz DG applies to companies with more than two million registered users in the country.
>Individual face fines of up to rs.40 crores and corporations up to Rs 400 crore for failing to comply.

SINGAPORE:
>A draft law proposes jail term of up to 10 years for those who spread online falsehoods to harm public interests.
>social media face fine of rs.1 crore for failing to act against such content.

EUROPEAN UNION:
>In April,the council of the European union passes directives to change copyright laws and hold online platforms responsible for infringements by its users.
>The law has been hailed as a victory for protecting intellectual property that is frequently stolen and misused online.
>The law applies to social media ,internet services providers and search engines.

1 thought on “REGULATION OF FAKE NEWS AND MISINFORMATION ON SOCIAL MEDIA THROUGHOUT WORLD.”