What is this ? How to crack them ? Advantages and disadvantages.

Psychometric assessment or test is the standard and scientific method used to measure individual’s mental capabilities and behavioral style. They are statistically examined and constructed to be objective and unbiased. They are designed to measure candidate’s suitability for a role based on the required personality. They identify the extent to which candidate’s personality and cognitive abilities match to those required to perform the role . Employees use the information collected from the psychometric assessment to identify the hidden aspects of candidates that are difficult to extract from face to face interview . 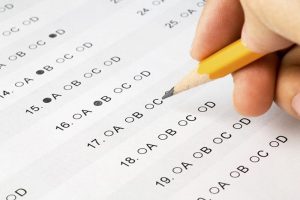 The Prime Objective of these tests / assessments is to identify as early as possible those job applicants who are unlikely to fill the requirement of the position on offer and consequently narrow the applications further .

Once the Human Resource Manager or the person/s in charge of hiring ascertains that you have fulfilled the initial requirements for the position by reviewing your résumé . They will send you a letter with specific instructions for sitting in the psychometric test .

2. Dark Personality Traits : Measure and identify negative traits that impact the safety of employees , customers and work culture as a whole .

4. Cognitive Ability : Measures an individual capacity to think logically and their ability to analyse any given situation and derive logical conclusions .

Some of the core use cases of psychometric assessments are :

Psychometric tests can take a variety of forms , but they will generally fall into 3 categories :

2. Personality test : These test are given to examine how a will the candidate react in different situation , based on comparing the typical behavior of a reference group .
For Example = “I enjoy taking risk”. Is the statement true or false ?

3. Interest Test : These tests are given to help us to work out each candidate’s motivation , by assessing their personal interest , values and opinions and comparing them to a reference group .

Sometimes personality and interest tests are conducted after a job has been offered , to assess appropriate managerial techniques ,motivations ,and how well a candidate will fit into the team . Many companies utilize them later in the process to assess the best candidates.

Advantages of these tests :

1. No Personal Biases : Interviewer bias is one of the most common problems to crop up during the recruitment process . But , as this test is objective and score based therefore it is more fairer and unbiased .

2. Structured Framework For Assessment : It’s very easy to change the way one is interviewing because of things like mood and weather , but this test can remove those inconsistencies from the process .

3. Shy candidate will have the chance to shine : Some people are shy and therefore are not able to make face to face interview more effective . These tests will give them a chance to show their true potential and perfection for business .

4. Less risk of dispute : As these tests are based on scores rather than opinion , the danger of the dispute happening in recruitment process will be less .

Disadvantages of these tests :

2. Pressure will put some candidates off : often , strict time limits force candidates to rush , get confused and skip questions that were probably fair easy to begin with .

4. It could be costly : The arrangement of these tests could be very pricey as compared to the face to face interview .

The only solution for all the psychometric tests is solving the pre-built tests . 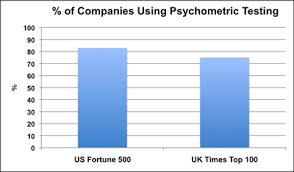