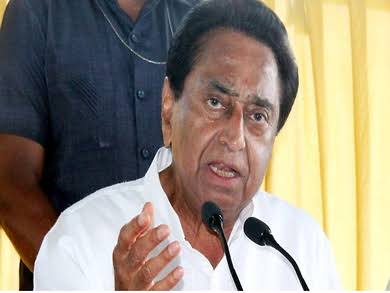 Kamal Nath took the issue of monitoring counterfeit milk in his hands. Government is getting more stricter against Synthetic milk, duplicate ingredients mixed mava and ghee. Strict investigations are going against the adulterants. Now, Kamal Nath is also joining the hands in this investigation mission for monitoring. Chief minister gave this information in the morning by a tweet. He said that he has mentioned earlier that people who do adulteration in milk and produce synthetic milk will not be spared. He will monitor this mission himself.

One third of the population under the root of synthetic milk and adulterer milk.

One third population of the city is consuming adulterer milk. About 68% of milk and various products made from it is adulterer. State government got this information from the safety and standard authority of India. According to the report, there is an illegal adulteration of milk in 15 districts. An investigation was done recently in Gwalior by STF and a report was released. Report shows that this adulteration of milk is spread in Gorakhrandhe and its nearby areas.
People doing Adulteration in milk will not be spared.

Chief minister said that these people are destroying humanness. They are playing with human health by doing Adulteration in milk. We will do a strict investigation against them. Conservation of people’s health is our foremost priority.
Investigation going in whole city
An investigation is going in all areas like Jabalpur and many more regarding synthetic milk, adulteration of milk and adulteration of products made from milk. Even there is investigation going in the city of Bhopal. Investigators have taken the sample of milk and its products from various areas to check whether there is an adulteration or not. And hence, Kamal Nath took the issue of monitoring counterfeit milk in his hands
Article By Damini
Editing By Mahima Gupta