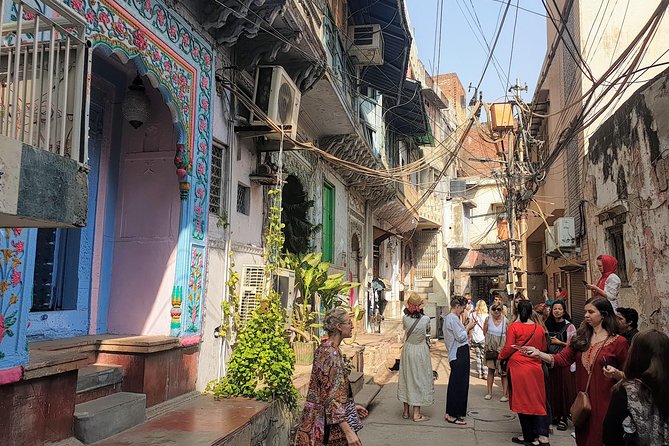 Old Delhi or Purani Dilli was called as the ‘Walled city’ of Delhi founded as Shahjahanabad in 1639,when Shahjahan the Mughal Empror decided to shift hid Mughal capital from Agra.
Old Dilli had 14 gates. It began  from the Delhi gate,Bahadur Shah Zafar entered from there that was called Delhi Darwaza because if we went out of that gate we  enter Delhi. Delhi was Mahroli.

Red Fort had 2 gates ‘The Delhi Darwaza’ and ‘The Lahori Darwaza’. The Delhi Darwaza is to the south it was used by the royality and the Lahori Darwaza was used by the common people. The Turkman Darwaza which is not named after a place but after a sufi whose burried inside called as the  mazaar of ‘ Hazrath Shah Turkman Bayabani ‘ it also has the mazaar of ‘ Raziya Sultana’.

The other gates were :-

♦ Kashmiri Gate : This was the gate built into the wall to the north of the city. During 1835,the British enlarged and straightened it into a two way gate as a defensive measure against enemy attacks. Delhi was besieged by the british during the Indian rebellion also known as the ‘Indian Mutinity’ of 1857. 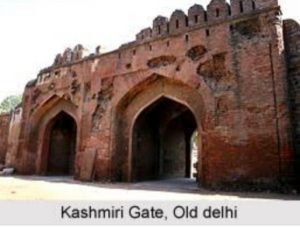 ♦ Mori Gate : It is from where the dirty water of the city went out. Originally it was known as ‘Badrow Darwaza’ (Bad stream).

♦ Kolkata Darwaza : It was added by the British when Shahjahanabad was built there was no Kolkata darwaza. Telegraph office was located in 1640.

The famous Khooni Darwaza, south of Delhi gate and just outside the walled city was originally constructed by Sher Shah Suri.

The other gates were the Kela Ghat, Phatarghati darwaza,and darwaza and Rajghat darwaza.

The main street Chandini Chauk runs from the Red fort to Fathehpuri Masjid. In the heart of Old Delhi, Chandni Chowk is a busy shopping area with markets full of spices, dry fruits, silver jewellery and vivid saris. The Camera Market is Chandni Chowk is Asia’s biggest camera market and you will find cameras of all ranges in this market. 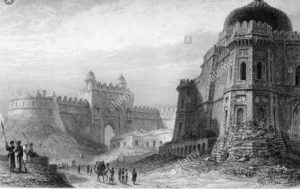 ♦ Jama Masjid : It is one of the largest mosques in India. It was built by the Mugha Empror Shah Jahan in 1650 and 1656. The construction cost was about 1 Million.

♦ Clock Tower : It no longer exists. Although the place is still known as Ghantaghar.

♦ The mansion of Begum Samru : which is to the north east of the street, now known as Bhagirath Palace.

Old Delhi is known for its Mughlai cuisine for over two centuries.

The famous landmarks of food are :-

You cannot come to New Delhi without paying a visit to Old Delhi. It is a tangle of ancient streets and alleways , filled with all kinds of shops, jam packed with people.  Jabhi ana puarni dilli zarur ana!