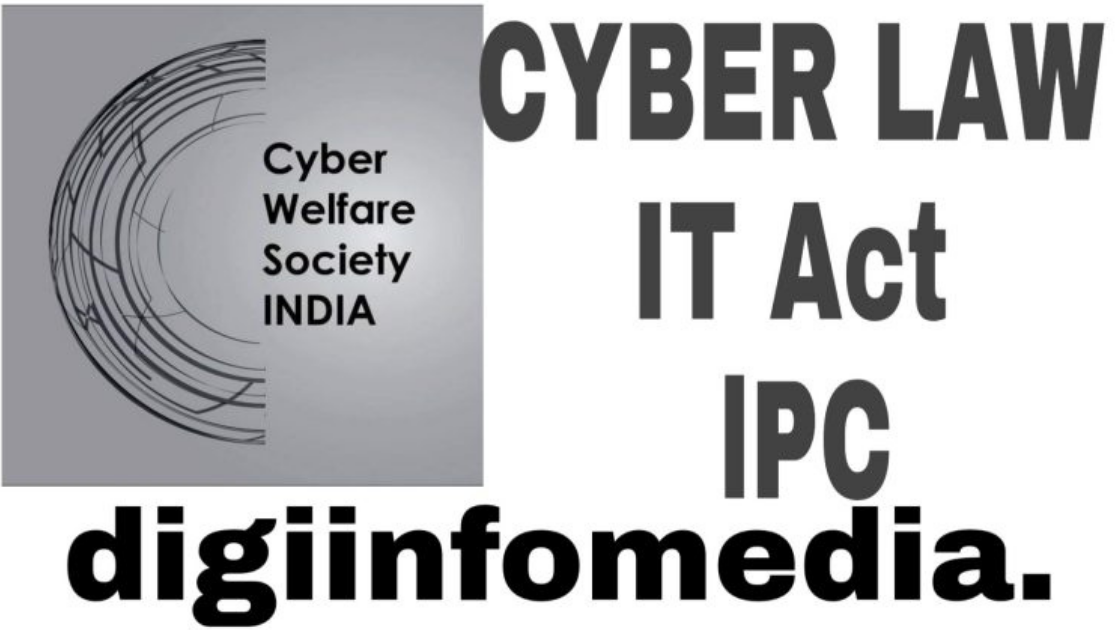 Cybercrime is those crimes committed by the Internet with the help of devices such as laptops, computers, tablets, etc., that come under cybercrime. If we talk about cybercrime, many times crimes committed inadvertently, or deliberately, or sometimes in-jokes, or taking it very lightly are called cybercrime.

Cyber Law also called IT Law is the law regarding Information-technology including computers and the Internet. In simple words, cyber law is the law for illegal works by using the Internet.
This law has been made for criminals who create their own fake profiles through social media on the Internet, create illegal websites, and try to make money from them or to make a profit of themselves.

Cyber law has been made for crimes happening on the Internet.

Cybercrime can be avoided with the help of cyber law.

Cyber law is created to help protect people and organizations from malicious people.

-The Internet has changed our lives dramatically.
-The transition from paper to paperless world.
-Real-world laws cannot be interpreted in light of emerging cyberspace.
-The Internet requires a competent and supportive legal infrastructure to tune over time.

Most or most people use email, cell phones, and SMS messages for communication.
Even in “non-cybercrime” cases, important evidence is installed in computers / cell phones e.g. in cases of kidnapping, organized crime, divorce, murder, terrorist operation, fake currency etc.
Cyber ​​law is extremely important as it touches all aspects of transactions and activities on the Internet, the World Wide Web and cyberspace.

CYBER SECURITY
Computer security, cyber security, or information technology security (IT security) are the security of computer systems and networks.

Which provides protection against theft or damage to their hardware, software, or electronic data, as well as the disruption or mis-performance of services they provide.

Computer systems, the Internet, and wireless network standards such as Bluetooth and Wi-Fi are linked and the field is becoming more important as the growth of “smart” devices including smartphones, televisions, and various.

The tools that make up the “Internet of Things”, which due to its complexity in terms of both politics and technology, cyber security is also a major challenge in the contemporary world.

Cyber ​​security is a potential activity. By which information and other communication systems are protected against unauthorized use or modification or exploitation or even theft.

All types of data whether it is government, corporate, or personal require high security, although some of these data, which are related to government defense systems, banks, defense research, and development organizations, etc., are highly confidential.

The slightest negligence for these figures can cause great harm to the entire nation.

Therefore, such data requires a very high level of protection.