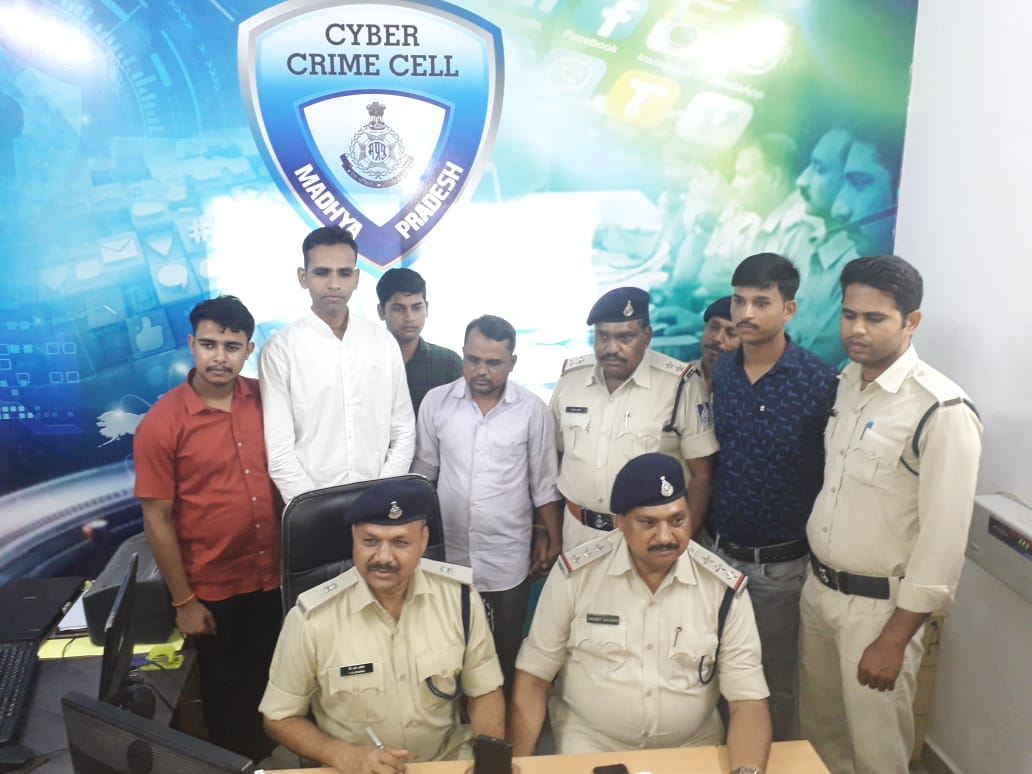 Guna police arrested Dharmesh Bharati, a very big criminal for doing bank fraud worth Rs 9.5 lakh. Almost after 5 years, mastermind behind this fraud was taken into custody with the major contribution of Cyber Cell.

According to the observations of Rahulkumar Lodha, SP, T.S Baghel, Additional SP, Sanjay Chaturvedi, CSP, Guna, there is an agenda behind these crimes and all the vanished criminals are performing them with a common mindset to cheat people.

This crime was registered under Section 420 of the IPC. The accused used to stay at 26/4 Bharat Nagar, Singrouli Road, Surat. A special team was sent to Gujrat from the Guna police station to investigate this matter. As the accused was missing for 5 years, it was a challenging task for the police team. In this team Avnit Sharma, Police Station In-Charge, Guna, Ashok Joshi, S.I, Karan Singh Devliya, A.S.I and Makhan Chaudhary, Cyber Cell were included.

The matter started from the high brand cement, India Private Limited, Rajkot. The owner of this brand had given the check to Ashapura Agro Center on December 25, 2013. The check in question was gained by criminal Dharmesh through illegal way in the same year and he made a fake check of Rs 9.5 lakhs. He transferred this check to branch of Bank of Maharashtra, Guna on his behalf, in his name. Later, he made a point to clear this check by the bank through SBI branch, Guna. He then collected all the amount in the branch of Bank of Maharshtra, City Light, Surat, Gujrat and thus got immersed himself into a big fraud. But now the criminal is in hands of the police and strict action is being taken.

Cyber team contributed a lot in finding the truth and going deep inside the issue. During the interrogation process, criminal told that he had also been arrested at Delhi under Section 420 of the IPC by the EOW department in the year 2013. Along with Nigerian people, he performed this bank fraud and the case is still going on in the court.

The criminal used to cheat people and had created an App on the Play Store named ‘Growth Money’. He used to message various people on WhatsApp and convince them to download the App. The most shocking thing is that, on downloading the App, a drastic reduction in money of the concerned person was observed from their account. In this way, he used to rob people. He had 10 to 12 SIM and contacts in different cities like Mumbai, Uttar Pradesh, Chhattisgarh, Madhya Pradesh etc. But now, the criminal is under the radar of police and all his illegal activities are revealed. A strict action is being taken by the police and the cyber police advised to be careful while doing all the bank activities and check transactions.

2 thoughts on “After 5 years, mastermind behind the fraud of Rs 9.5 lakh arrested”