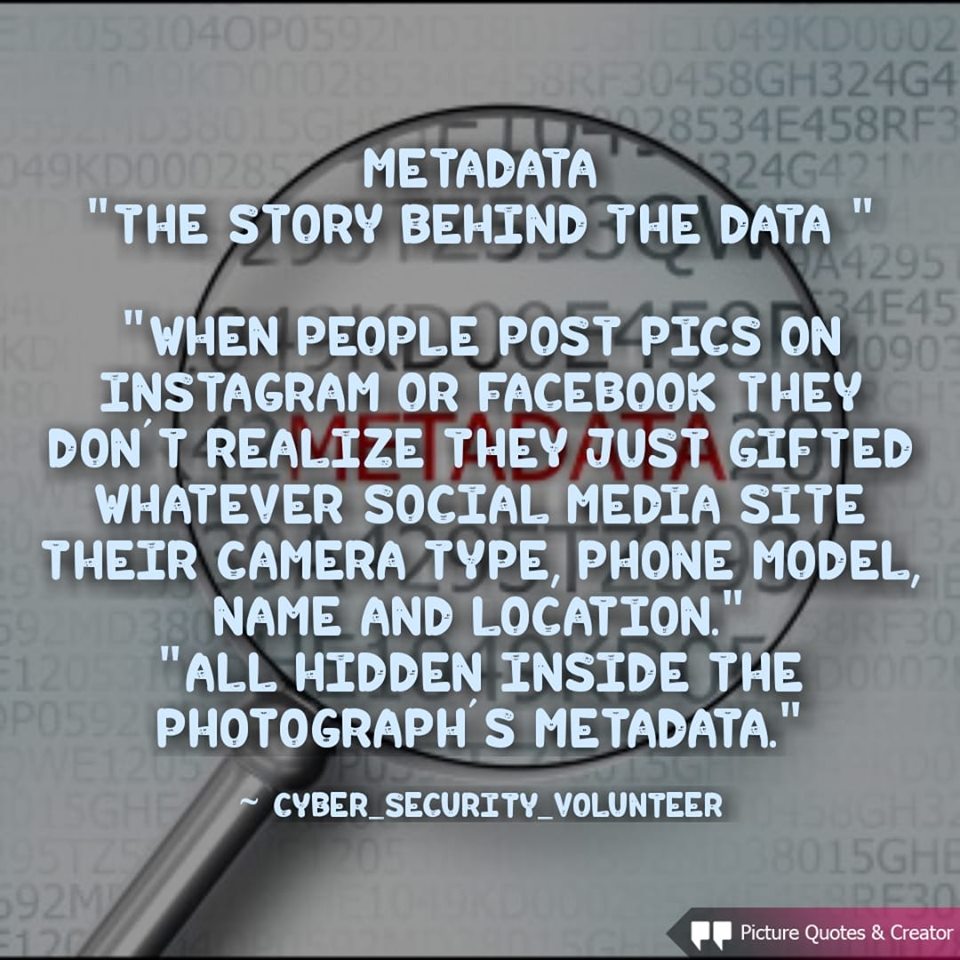 Metadata is a term for the descriptive information embedded inside an image or another type of file. Metadata is becoming increasingly important in this age of digital photos where users are looking for a way to store information with their pictures that is portable and stays with the file, both now and into the future.One type of metadata is the extra information which almost all digital cameras store with your pictures. The metadata captured by your camera is called EXIF data, which stands for Exchangeable Image File Format. Most digital photo software can display EXIF information to the user, but it is usually not editable.

The Most Common Metadata Formats

However, there are other types of metadata that allow users to add their own descriptive information within a digital photo or image file. This metadata might include the characteristics of the photo, copyright information, a caption, credits, keywords, creation date and location, source information, or special instructions.

Two of the most commonly used metadata formats for image files are IPTC and XMP.

Much of today’s photo-editing and image management software offers capabilities for embedding and editing metadata in your image files, and there are also many specialized utilities for working with all types of metadata including EXIF, IPTC, and XMP. Some older software does not support metadata, and you risk losing this information if you edit and save your files with embedded metadata in a program that doesn’t support it.

Prior to these metadata standards, every image management system had its own proprietary methods for storing image information, which meant that the information was not available outside of the software — if you sent a photo to someone else, the descriptive information did not travel with it. Metadata allows this information to be transported with the file, in a way that can be understood by other software, hardware, and end users. It can even be transferred between file formats.

Recently, with the rise of photo sharing on social networks like Facebook, there has been some fear and concern about personal information such as location data being embedded in the metadata of photos which are shared online. These fears are generally unfounded, however, since all the major social networks strip out most metadata including location information or GPS coordinates.