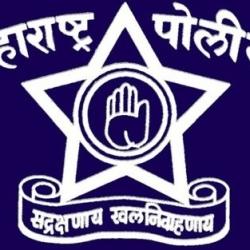 When it comes to proudly maintaining our cultural heritage, Pune- the soon-to-be metropolitan city, probably ranks the highest- being the cultural capital of Maharashtra. But, Pune also ranks high in many other areas, including crime rates, specifically cyber-crimes. The city, being an IT-hub and majorly populated by youngsters, has been ranked 18th in a survey conducted for the rate of cyber crime in India, between 2014 and 2016. 3265 cities were a part of the survey.

Pune police commissioner, K Venkatesham, in a recent interaction with the media said that rising cyber-crime is one of the biggest challenges faced by the city today. He said, “Last year, we registered about 9,500 general crimes. But, there were more than 5,500 cyber-crimes and the number is growing. Though the detection rate is 90%, we are facing certain challenges…” He further mentioned that because cyber-crimes are not location- centric, it becomes more difficult to actually find the culprit. The Pune police is thus trying for a collaborative effort with other states so that the criminals there can be arrested and handed over to the them. Although the city has a cyber police station, it cannot register cases in the absence of a dedicated cyber court. At present, the complaints are accepted and then transferred to the concerned police stations, which causes delays.

The general opinion is that combating cyber-crimes will be easier when done at two levels- by the authorities, as well as by the citizens.

The Pune police commissioner also told the media that, training to combat and deal with cyber crime is going on, along with knowledge upgradation. There have been 72 awareness programs conducted so far across the city, benefiting around 13,737 citizens. Such programs continue to benefit people all year round, and are especially conducted in schools, colleges, private companies etc. There are also various measures to prevent cyber-crime against women. Financial cyber-crime is also being dealt with by collaborating with banks and other financial institutions.

Citizens can prevent cyber-crimes to a great extent. Being alert about one’s online activities, not sharing any personal information such as passwords, card details, bank account details, personal photographs etc. is of vital importance. Befriending unknown persons on social media and contacting them can prove to be dangerous. Also, one should avoid investing in any online schemes without verifying the authenticity of the corporation.

Summing up, with the collaborated efforts of the authorities and citizens, many cyber mishaps can be prevented.