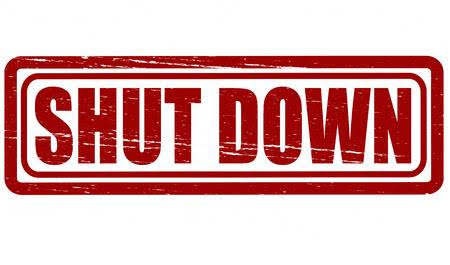 Internet has become an indispensible part of our lives and is considered as important means of expression because people communicating through internet. Internet also provides a platform to conduct business and thus contribute in developing the trade and commerce sector of a country. It seems almost impossible to live without internet access as internet has found its place in almost every activity be it communication, education, trade etc. However, recently Internet has been indiscriminately subjected to shutdown by the state in the name of public peace and order. Currently India is leading the world in Internet shutdowns with 106 shutdowns in 2019 alone. In this article we will discuss about the constitutionality of Internet shutdowns . 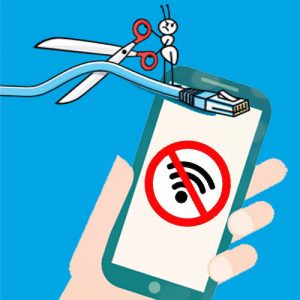 What is Internet Shutdown?
Internet shutdown is when the government places restrictions on the use of internet. Such restrictions can be partial or complete and can be imposed on a specific state or the whole of the country. It can be placed for any amount of time. Recently, the longest Internet shutdown was applied in State of Jammu and Kashmir after the abrogation of Art.370 of the constitution.

Earlier, Internet shutdowns were ordered under the Criminal Procedure Code and Indian Telegraph Act (1885). But now the Temporary Suspension of Telecom Services (Public Emergency or Public Services) Rules, 2017, framed under section 7 of the Indian Telegraph Act, 1885, provide for suspension of telecom services and consequently the suspension of Internet services in India. Also this rule is superseding in operation i.e. any other suspension other than under this rule would be illegal. The rule provides that restrictions can be imposed only on two grounds namely ‘public emergency’ and ‘public safety’. However these grounds are nowhere defined neither in the rules nor in the parent act. This gives discretionary power to the government to impose restrictions whenever they feel like. 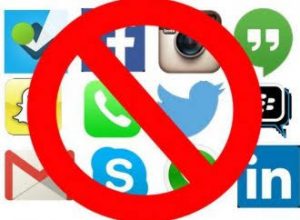 Constitutionality of Internet Shutdown
Internet has become an important part of everyone’s life. It has led to changes in the way of living of the people in a manner that without Internet access we feel handicapped. It is the major source of information for the people and is a medium used to express ones’ opinions and to carry out trade and business activities. Thus it can be said that people exercise their right of freedom of speech and expression and freedom of trade and commerce through Internet. The courts have from time to time expanded the scope of fundamental rights provided to the people. The latest expansion makes the constitutional provisions keep pace with the innovation of technology. In several instances the courts have declared ‘access to Internet’ a fundamental right of people covered under Art.19 and Art. 21 of the constitution as restricting the access to internet would deprive the people of their right to free speech, free trade and commerce over internet, right to information, and right to education. One such instance is when the Kerala High Court in Faheema Shirin v State of Kerala case, set aside Shirin’s expulsion and hostel rules which denied Internet access to women students at night. The court in this case held that ‘Right to Internet Access’ is a fundamental right and also declared that right to have access to Internet becomes part of right to privacy as well as right to education provided under article 21 of the constitution. According to Art 13 of the constitution a law or executive order which curtails any of the fundamental rights without appropriate justification will be classified as disproportionate, thus any restriction imposed on internet access would be unconstitutional. However, the government can impose restrictions on access to Internet only if it is in consonance with the mandate of Art 19(2) to (6) and it must stand the test of proportionality because reasonableness demands proportionality. In order to balance the right to access to the Internet and restrictions to be imposed, the court adopted the line that access to internet should be a norm and deviation could be allowed in the interest of the public order and safety provided they are temporary, proportionate and justified by reasons which are spelt out clearly and are reviewed periodically. 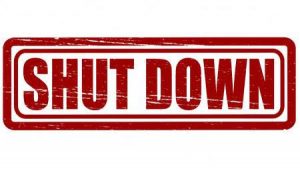 Case laws
This principle was iterated in Anuradha Bhasin v. U.O.I case on 10th January, 2020. The case was filed in connection with Internet blockade for more than 150 days in Jammu and Kashmir since August 5, 2019 in view of the revoking of art.370 in the Union Territory. The Supreme Court in this case declared that access to Internet is a fundamental right and government can’t deprive the citizens of fundamental rights except under certain conditions explicitly mentioned in the Constitution. The Supreme Court said that repetitive use of Section 144 was an abuse of power and stated that prohibitory orders issued under Section 144, CrPC can’t be used indefinitely to suppress freedom of people and their use needs to be justified by concerns of immediate violence.
Hence, the government can’t impose internet shutdowns unless it is justified by the reasons of maintaining public order and avoiding immediate violence. It is for the court to determine whether the shutdown imposed by the government is justified or not. However, it can be seen that the government is imposing Internet shutdowns in the name of public peace to defy the voices of the public repeatedly. For instance digital curfew was imposed by the government in many parts of the country to suppress the anti-CAA protests. Such restrictions infringe the rights of the people and are against the norms of a democratic society. Thus there is a need to limit the power of the government to impose such restriction.

1 thought on “CONSTITUTIONALITY OF INTERNET SHUTDOWN”