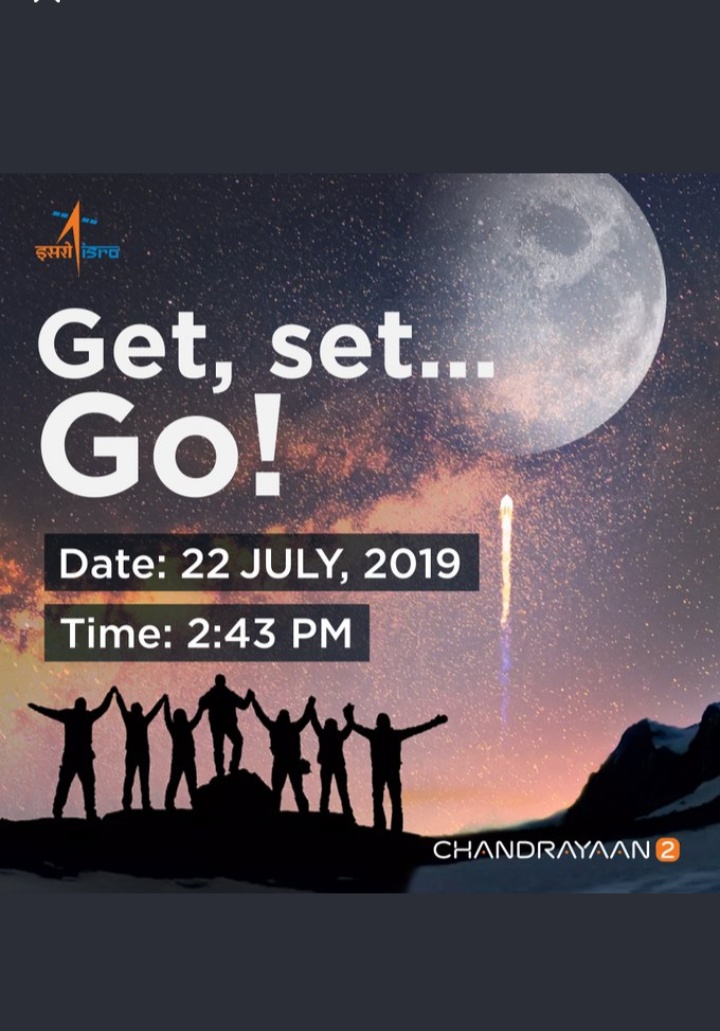 India’s ambitious Moon Mission, Chandrayaan II, which is a 1000 Crore project, is set to take off at 2:43pm next Monday from Sriharikota, Andhra Pradesh. This was announced by ISRO, in a follow up to the cancellation of the launch a few days prior.

Why Was It Called Off?

If the mission is successfully put in place, it will put India fourth in league along with USA, Russia, and China, to achieve a soft landing on the moon. Previously, this mission had been called-off 56 minutes and 24 seconds before it’s scheduled launch this Monday, due a technical glitch in the unmanned vehicle.

According to ISRO, the step had been taken as a ‘measure of abundant precaution’. 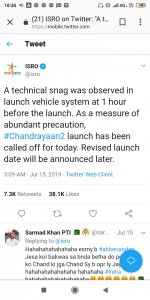 A senior ISRO Officer revealed that the mission would have been a total failure, had it not been for the rectification of the snag. He added, “The problem was serious, but simple to resolve. Luckily, we caught the problem. Alertness, prayers and the good wishes of one billion Indians helped avert the mission’s total failure.”

Actually, the glitch was in the cryogenic state of the mission, which is the last such stage to be entered by such vehicles just before their launch. According to the official, highly flammable liquid hydrogen and oxygen used in the cryogenic stage were removed from the rocket and the problem was then addressed with the “tightening” of an errant component.

As stated by ISRO, after the snag was detected, “an expert committee was constituted to analyze the issue and suggest remedial action”. The committee identified the cause of the problem and “all corrective actions are implemented”. “Thereafter, the system performance is normal,” it added.

The 640-tonne rocket, officially known as the Geosynchronous Satellite Launch Vehicle Mark 3 (GSLV Mk 3), has been nicknamed “Baahubali”, and is 44 metres long or as tall as a 15-storey building.

The rocket will be releasing an orbiter, a lander, Vikram (after Vikram Sarbhai, ISRO Founder and eminent scientist), and a moon rover, Pragyaan, upon launch.

After a soft landing, or, in the words of K Sivan, chairperson, ISRO, “The 15 minutes of terror”, the rover will begin research. This includes a thorough mapping of the moon’s resources, looking for water, and clicking high-res images. According to Sivan, this is the most complex mission undertaken by ISRO. Not only this, another feat to be achieved is that it is 20 times less costly than NASA.